, but now at the age of 21 I'm proud to say I have a real one.
Now the car it's self, some may recognise it as I brought it off a friend. 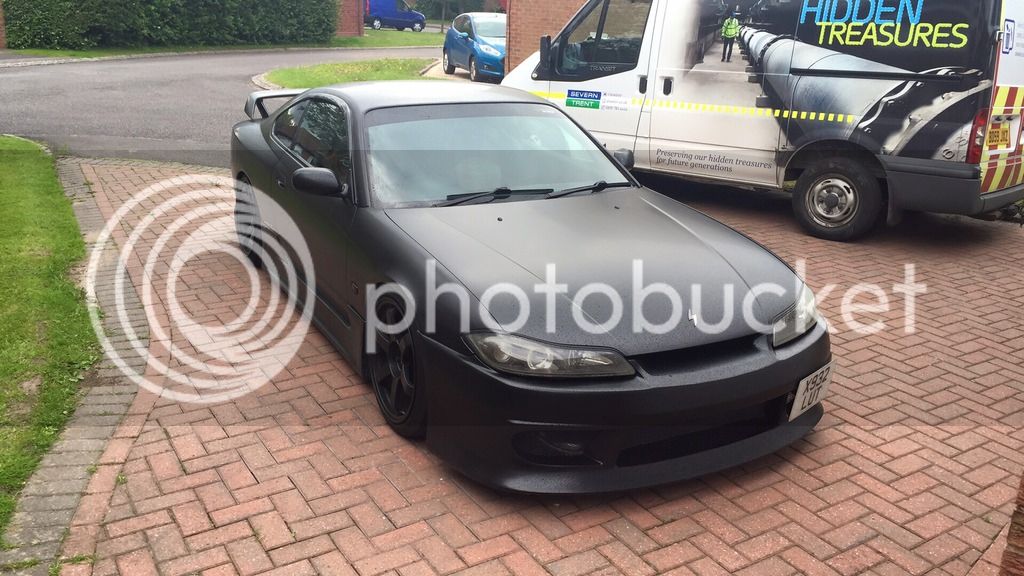 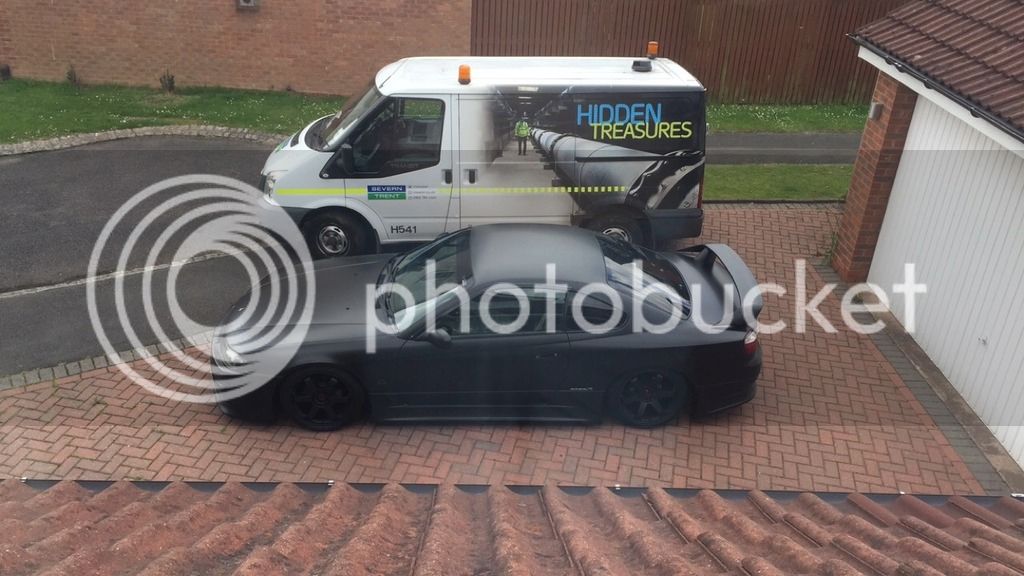 So the car it's self is Pewter Grey (awesome colour) but is hidden behind this satin black wrap that the previous owner had applied. All in good time the standard colour will be back.

As of the cars spec it's had numerous wedges of cash spent at it in the UK And Japan a folder of invoices and spec info. Some of these include -
HKS GT-RS TURBO
HKS RSK AIR FILTER
HKS BOOST CONTROLER & TURBO TIMER
HKS SSQV RECURC
TOMEI PONCAMS
GREDDY INLET MANI
HKS HIPERMAX D COILOVERS
VERTEX BODY KIT
ROTA GRID DRIFTS (BEACHSE SO JDM)

The cars after much TLC and I've started tidying up the engine bay as shown below. 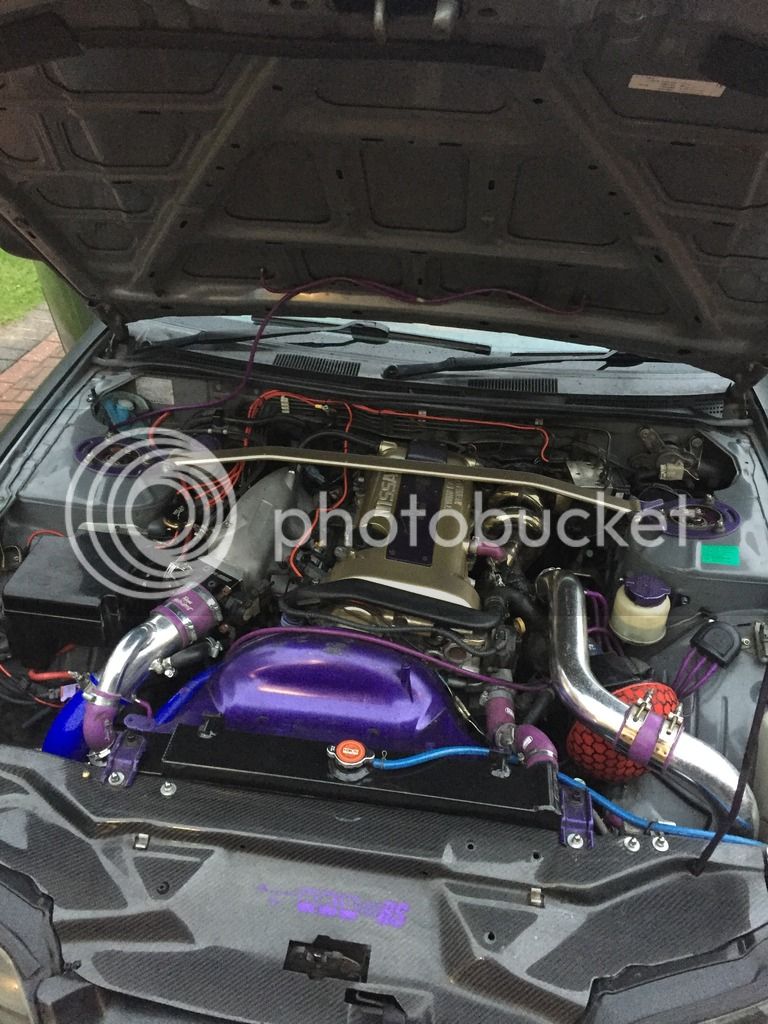