I want to install a FPR with gauge mainly because bling but also the aftermarket ones are better at holding constant pressure than the OEM one. However i cant fine any info on how to install it on and SR20DET. I have done some googling and looked on nicco forum etc and the few things I have found is that people are running them straight into the OEM one which surely defeats the object?

Any body have input into how to plumb it in? the one i have has a feed and return port and also a vacuum line which i guess goes to the inlet manifold? help and any pics would be great ladies and gents
D

Ah ok so that replaces the OEM setup. is the fuel rail on SR's a dead end or is there a return? and if so does that then plumb back into the regulator? I bought an unbranded one and so has zero instructions
D

The SR fuel rail has a feed and then the return comes off the stock FPR, so you attach a converter to the end where the FPR went and then run a line to your new FPR.

So just had a look under the bay as I've not actually had an in depth look yet. Is it possible to get the reg off without taking the throttle body off? for anyone doing this in the future thought id post some info below

to drain the fuel from the system, start the car and then pull the fuel pump fuse 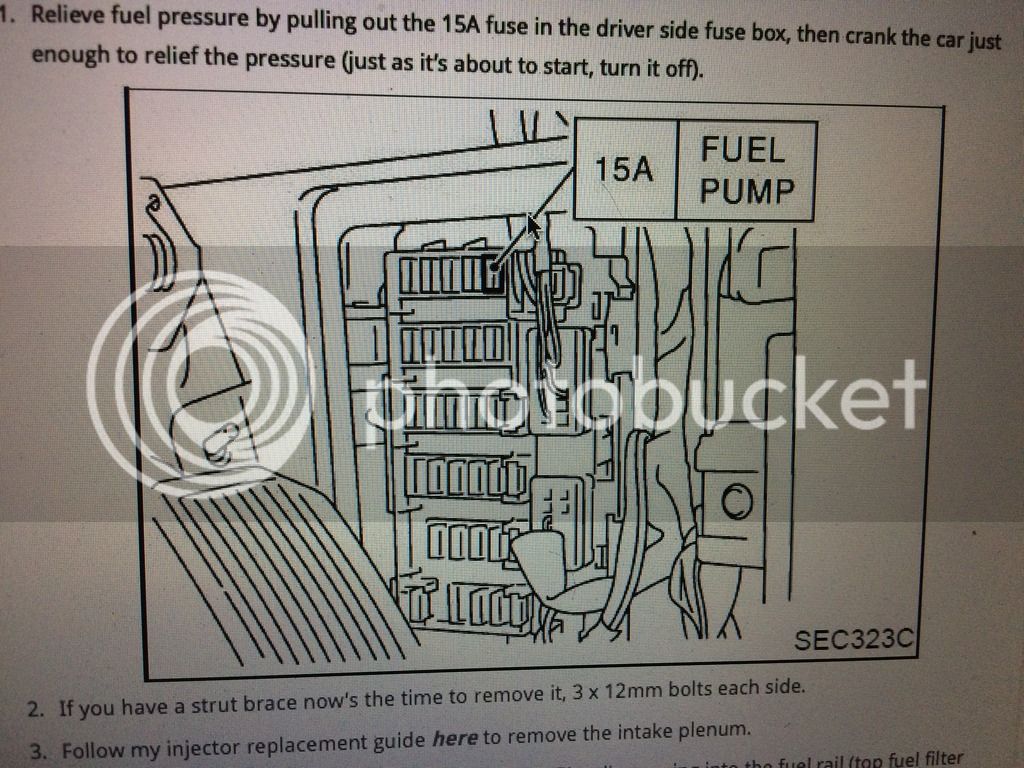 there are two hoses that go to the fuel rail which attach to hard pipes under the throttle butterfly. the top one comes from the fuel filter and is the feed and the bottom on is the return. interestingly the FPR is on the end of the rail and looks like it is AFTER the injectors so it controls the flow by causing push back pressure?

so the pipes below, red shows feed from the filter and blue is the return 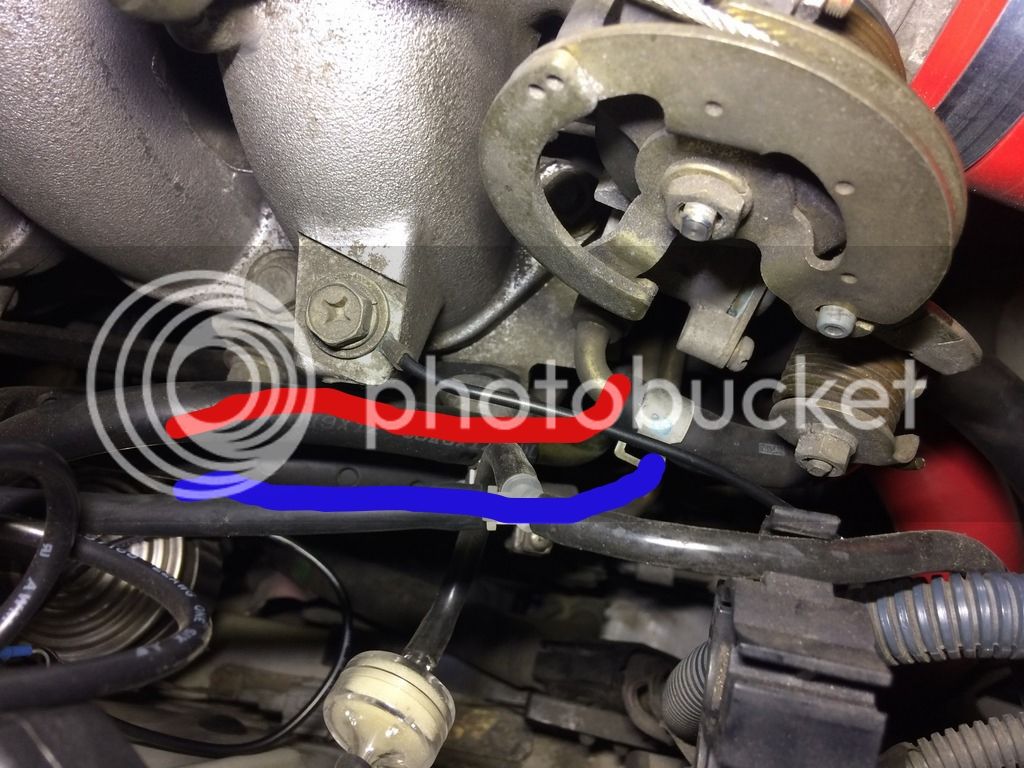 Also, on the aftermarket FPR which is like the one below, I still can't work out how it plumbed in 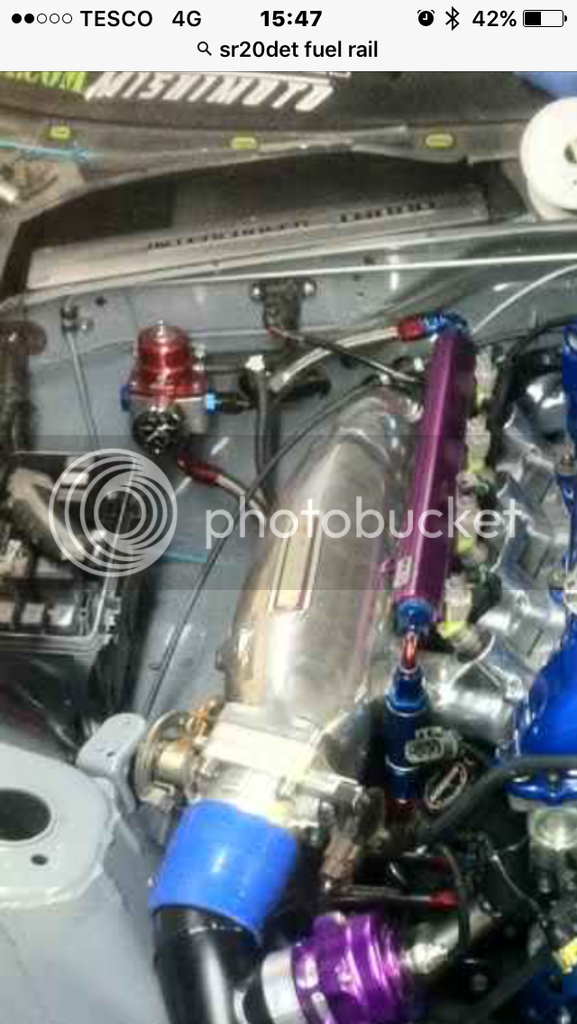 is the bottom fed from the filter then obviously the side goes in one end of the rail then the other goes back to the return pipe? sorry for all the questions I just can't find jack all on this
D

On that pic, fuel goes in the rail at the front, then from the back of the rail to the reg in the side, return to tank out of the bottom. The reg is always after the rail, regardless of which way the fuel flows in the rail.

Just to add I have that reg, and have the aeromotive instructions. I'll see if I can find them and scan them in, but I think they're on the aeromotive website

Thanks for that, I was thinking about it walking the dog this morning and realised I don't need to worry about the pipe going into the rail at the back as essentially all I'm doing is moving the FPR and running a pipe from where it used to be to its new location :der:

I'll take a photo of my Tomei with gauge set up tomorrow and post it up for you....

Fuel reg finally installed and all seems to be well, no leaks! The install was dead easy in reality. Only thing I would say is get a 90 AN elbow and not a straight to avoid an air in pipe to the inlet. I have set the pressure with the vac pipe disconnected to 3bar (42psi) I think this is right?

took the car to work this morning and it appears i now have slightly less max boost pressure. Before it would hit about 0.7 ish bar which is stock level. Now its struggling to hit 0.6 and thats right up in the revs at about 6k. car also felt a bit sluggish, like not as punchy as before. Could this be because the engine is running lean/rich at WOT?
You must log in or register to reply here.
Share:
Facebook Twitter Reddit Pinterest Tumblr WhatsApp Email Link
16,657Threads
160,100Messages
8,804Members
rankexcellenceLatest member