Hello everyone, this is the first time I have ever done a build thread so go easy on me..

So I previously owned a 350z and I decided that I wanted to get an S15, I messaged a guy local to me who owned a good spec spec r to let him know that if he was looking to sell then I would be very interested! I was just in time, the car was going to be up for sale in 3 weeks after it was MOT'ed, so in that time period he let me view the car a few times and got the car in the air so I could have a good look around before he put a fresh coat of underseal on. Being a mechanic himself, he was very knowledgable about the car and was very accommodating when asking to get it privately inspected.

So after the MOT and private inspection by a local garage to me, I was happy to purchase my first S15 and couldn't stop grinning!

So that's the boring part out of the way, 3 weeks on and I have taken the plunge to start a build thread as I want to get the car in a better condition in general and feel it would be good to have a documentary of what I've done under my ownership!

First off, here is the spec of the car!

Interior
Sony double din headunit
Nismo factory clocks 280km
Momo steering wheel
Yashio gearknob
Razo pedals
HKS turbo timer
Swoosh oil pressure/oil temp/water temp gauges in dash vents
Toad car alarm with tilt sensors
[FONT=.SF UI Text]
[/FONT]
As it is an already decent spec my main focus for the time being is to clean it up a little, it's got a few spots of surface rust on the front wings, side skirts and underside of bonnet so they are the priority. The coilovers have seen better days too so they will need refurbing or changing over!

As I am making this build thread three weeks after purchase I will update upload some things I have already done a little later! If you have got this far through my boring introduction could anyone please advise on best ways to upload pics as they are far less dull!

Use photo bucket is the best way dude. Welcome to the club, car sounds a great spec. Look forward to some pics!!

Hello mate good to see you on here ! Does look a nice spec , no pics yet! Ha ha get some up man

Thanks for the messages guys! I'm still trying to get the photos, having some issues with tapatalk at the moment! Will get some up soon hopefully! 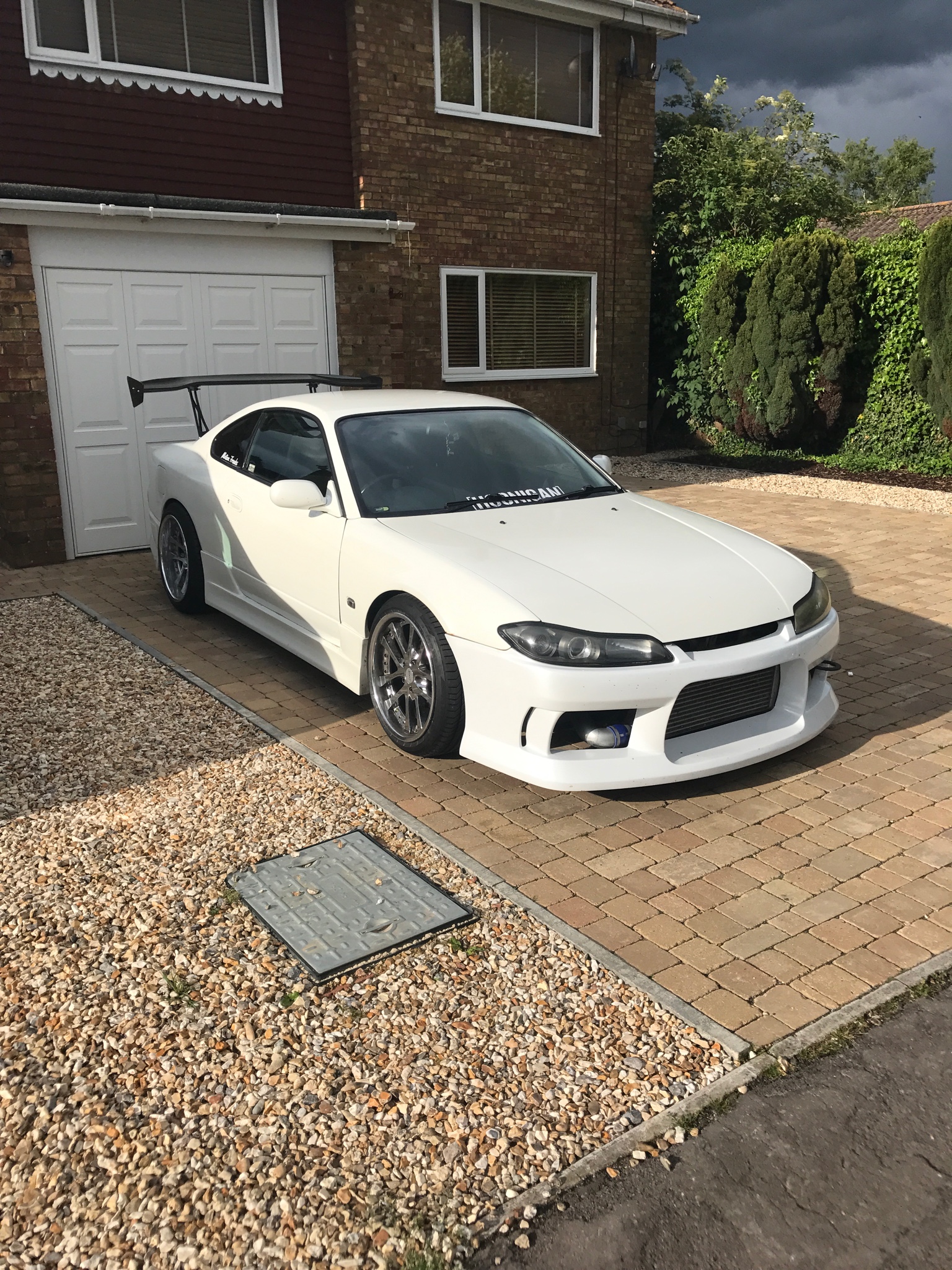 So here is a pic of the day I picked my s15 up! I bought the car before I went to Devon for a week with my family for my 21st birthday and so after driving the car home I had to go away for a week and leave the car! Absolutely torture!

Being over excited and a bit premature I started buying some good condition second hand bits for the s15 even before I had bought it! So when I got back from Devon I went about changing the tired looking leather momo steering wheel and replaced it with the Nardi suede wheel that I bought from a forum member! (Thanks Jack Jennings for the cool wheel and super fast delivery)

Here are some pictures of before and after! 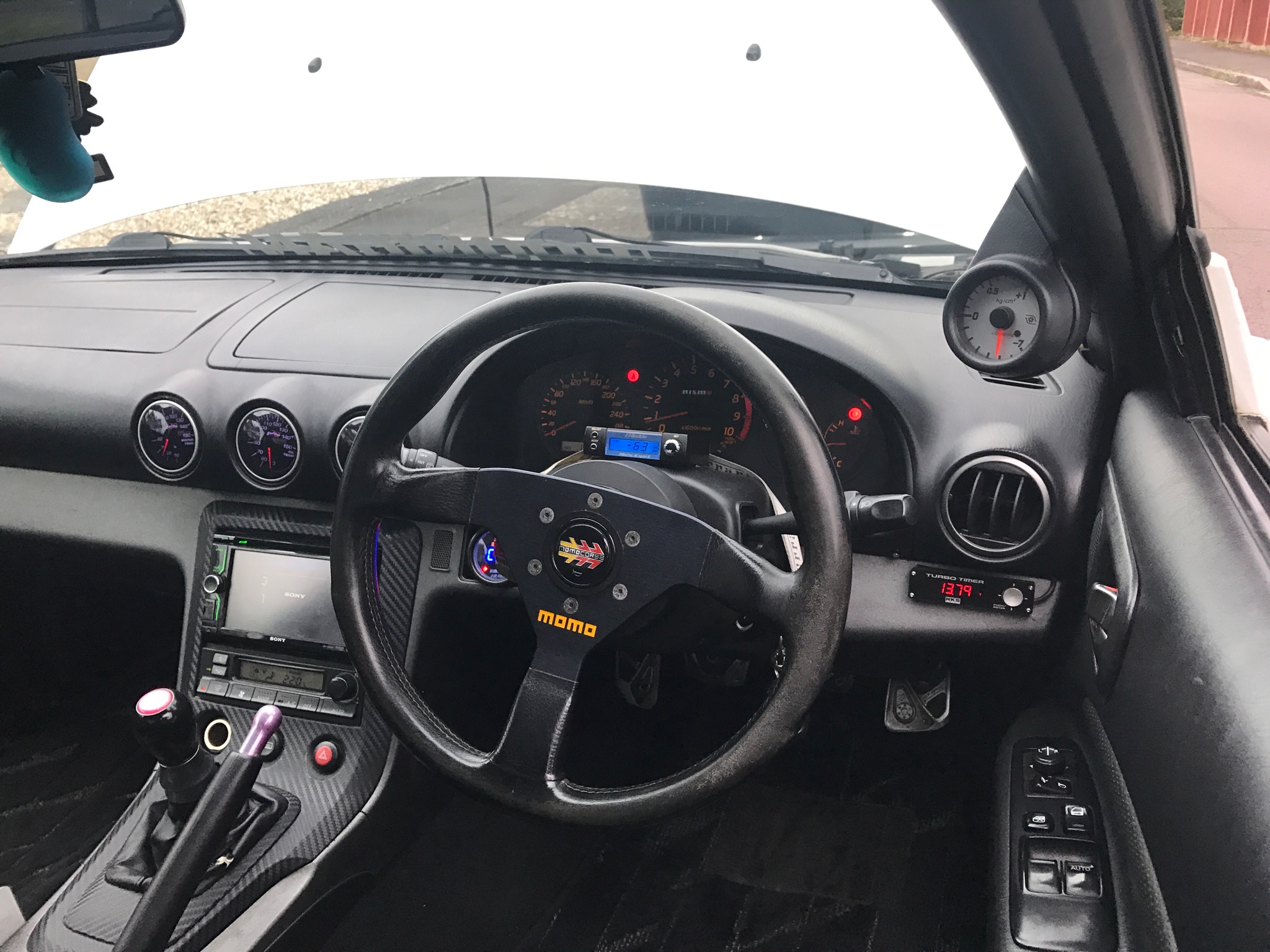 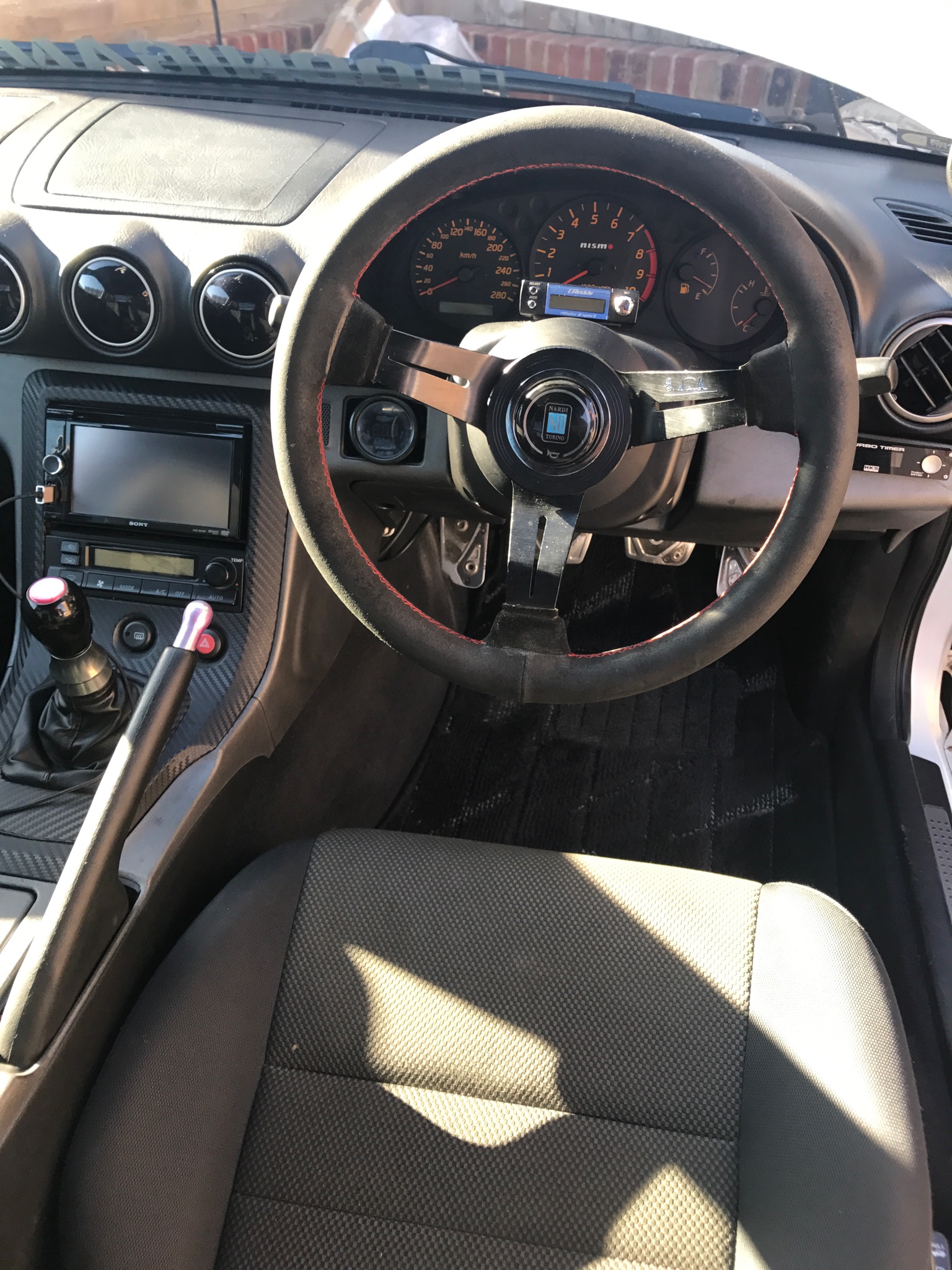 I prefer the look of the Nardi, looks more aggressive and also feels so much nicer! Quite chuffed with such a small and easy modification to the interior!

Like I said before, the main focus of the S15 initially was to get it in a better overall condition! It had been sat in the garage over the whole winter and it didn't look like it had received a proper detail in a while! So I spent 7 hours on a Saturday cleaning the car thoroughly inside and out and putting some sealant on the paintwork! The pain felt so much better but the main focus was to try and clean the wheels which were looking a bit unloved!

Here are some results of my Saturday's cleaning session! 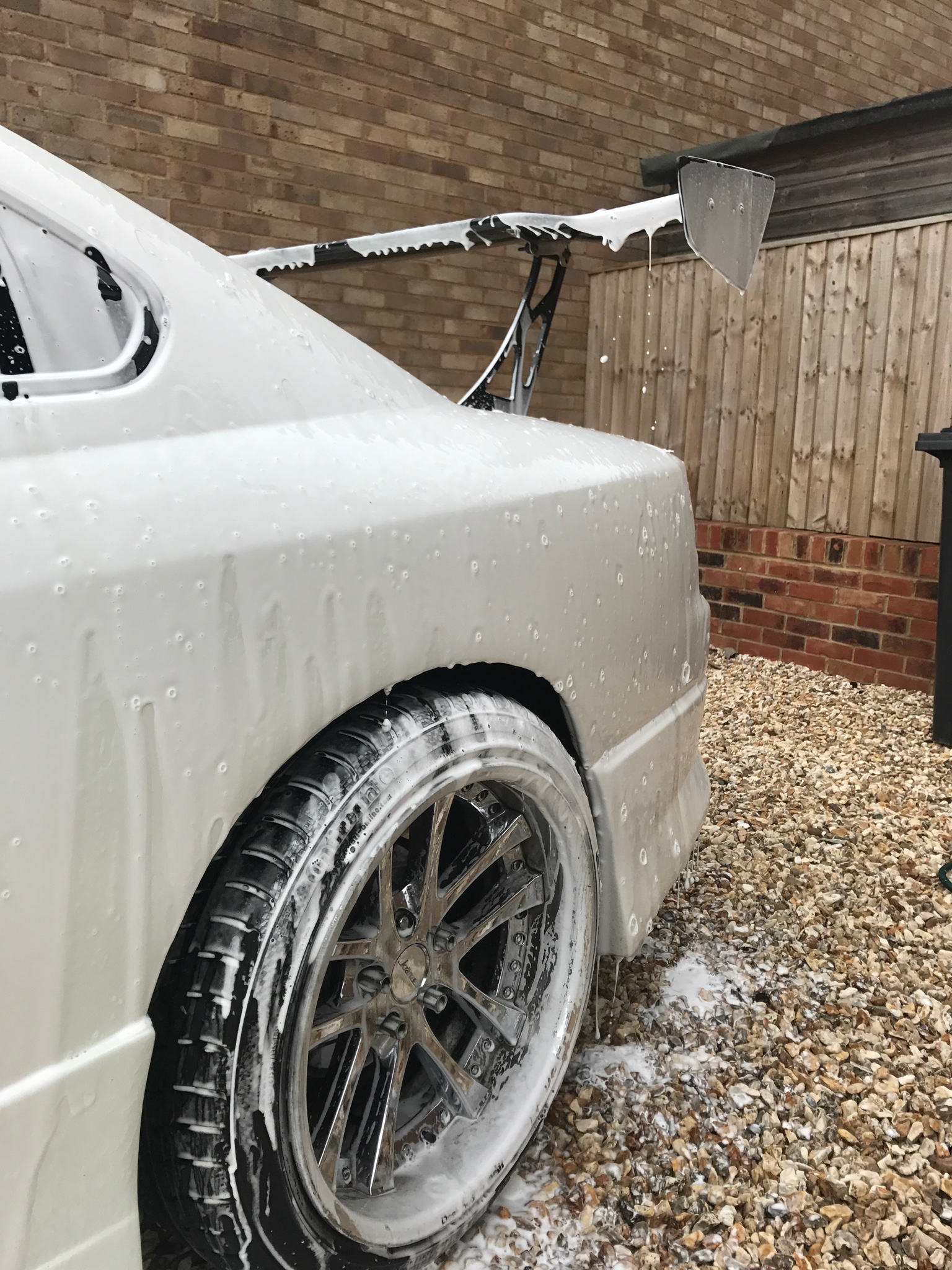 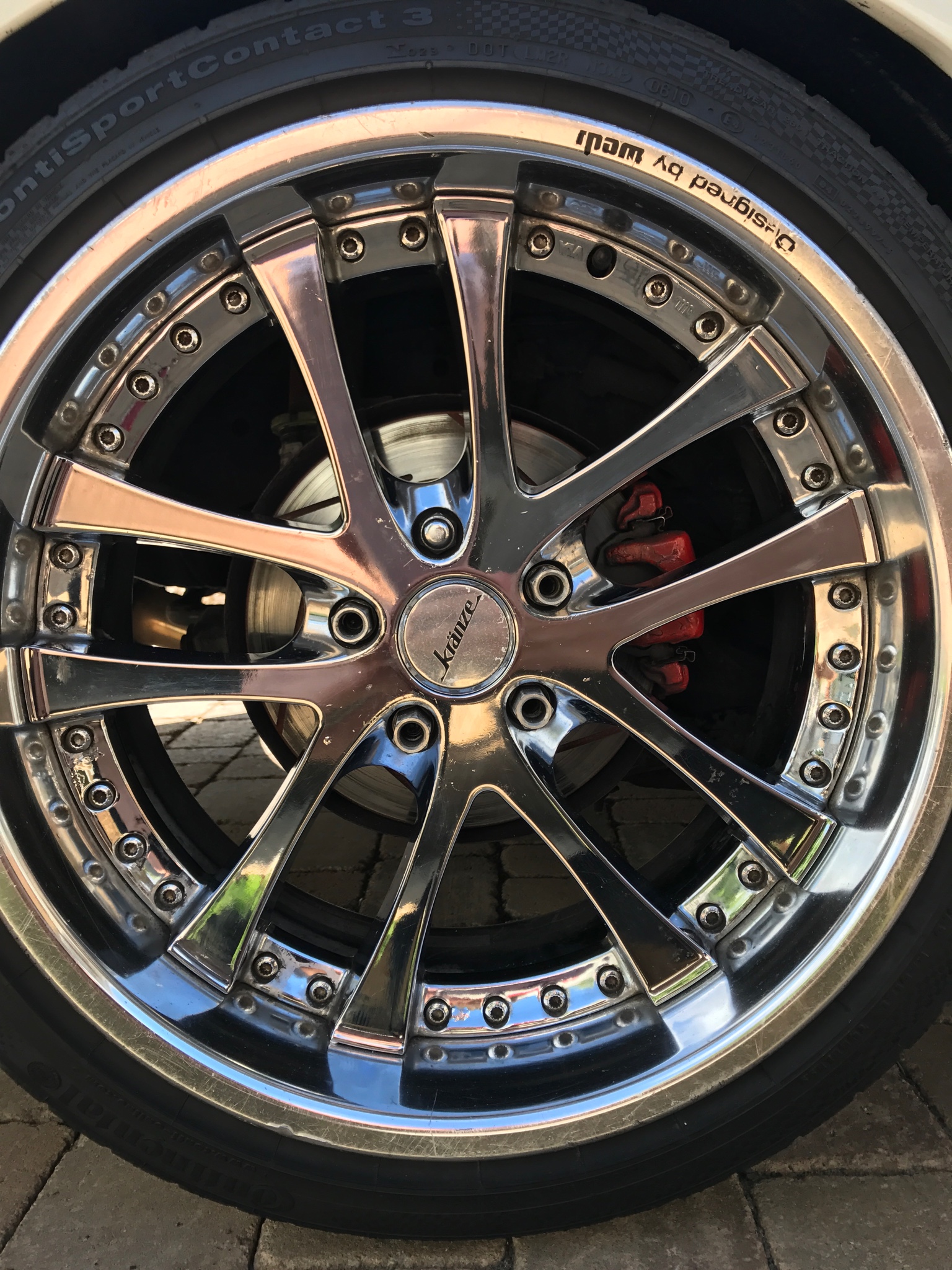 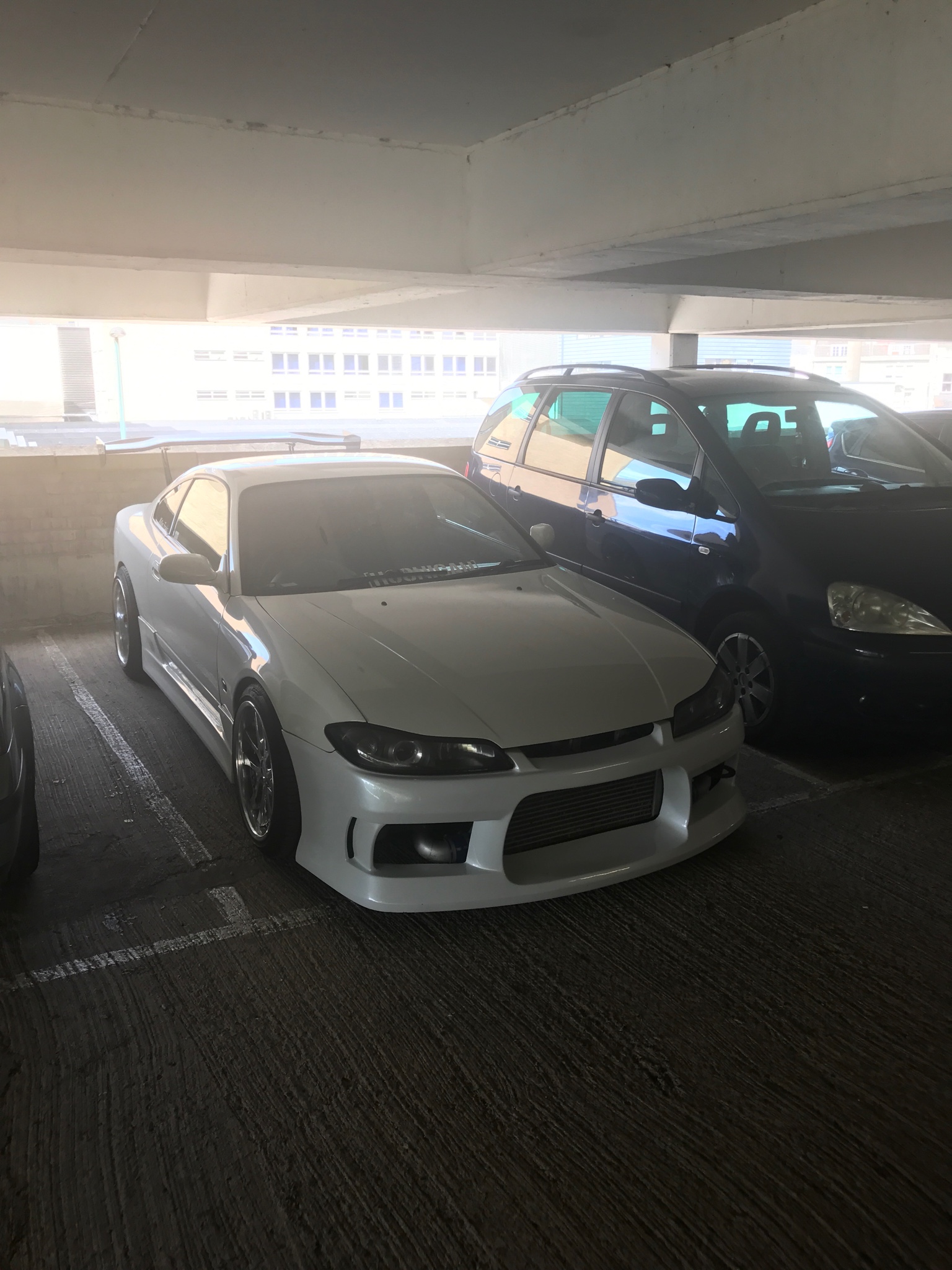 Not much of an update but it really did make such a difference to the condition of the car in general and highlighted areas that need addressing on the bodywork!

A lot of my car friends were keen to come and see the Silvia and some of my friends enjoy photography as a hobby. My friend Mitch at MFowlerPhotography came over and we took the car out to grab a few photos! I was so pleased with the awesome shots he got and it was apparent that my iPhone pictures don't do the car any justice at all! 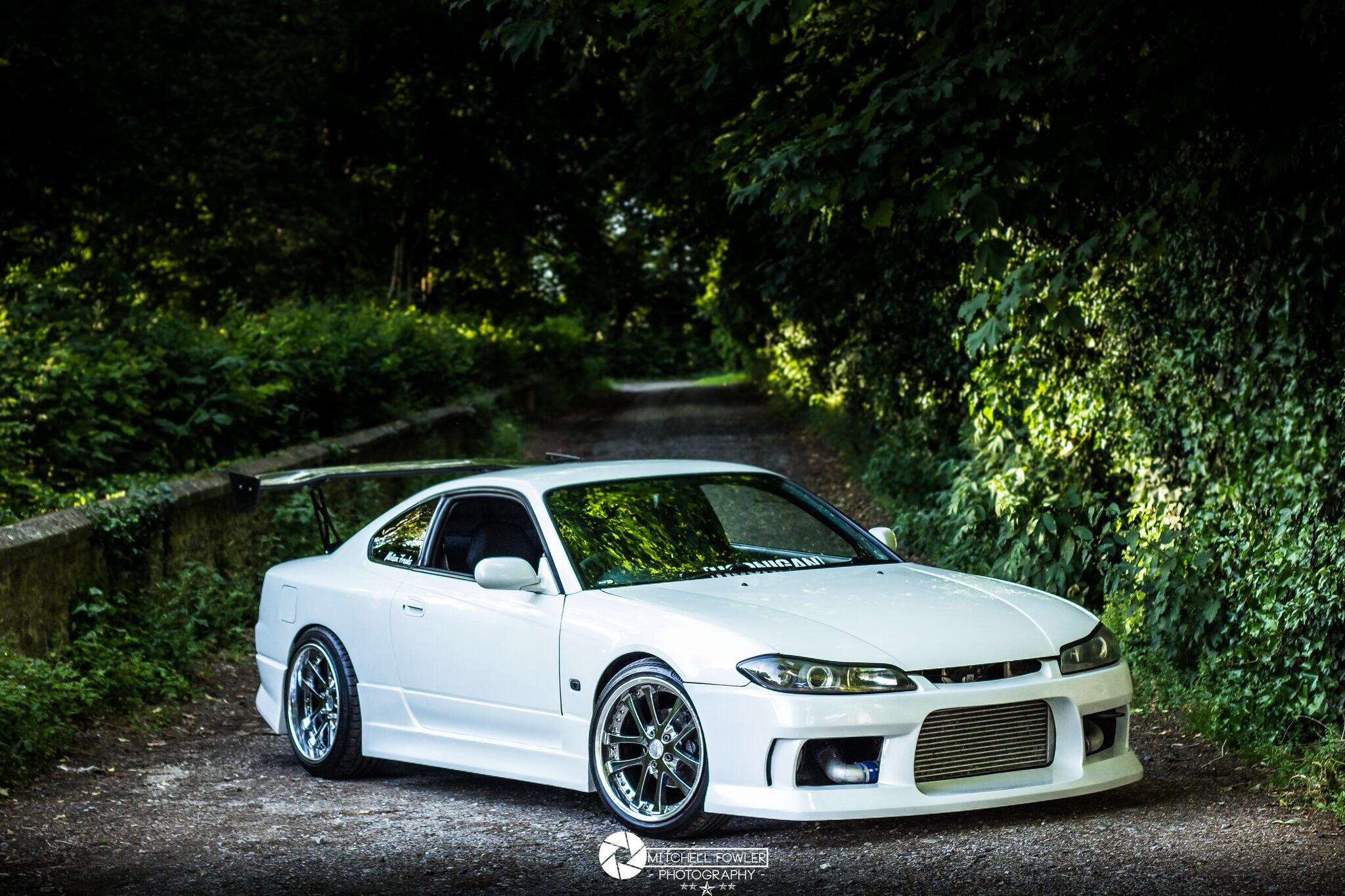 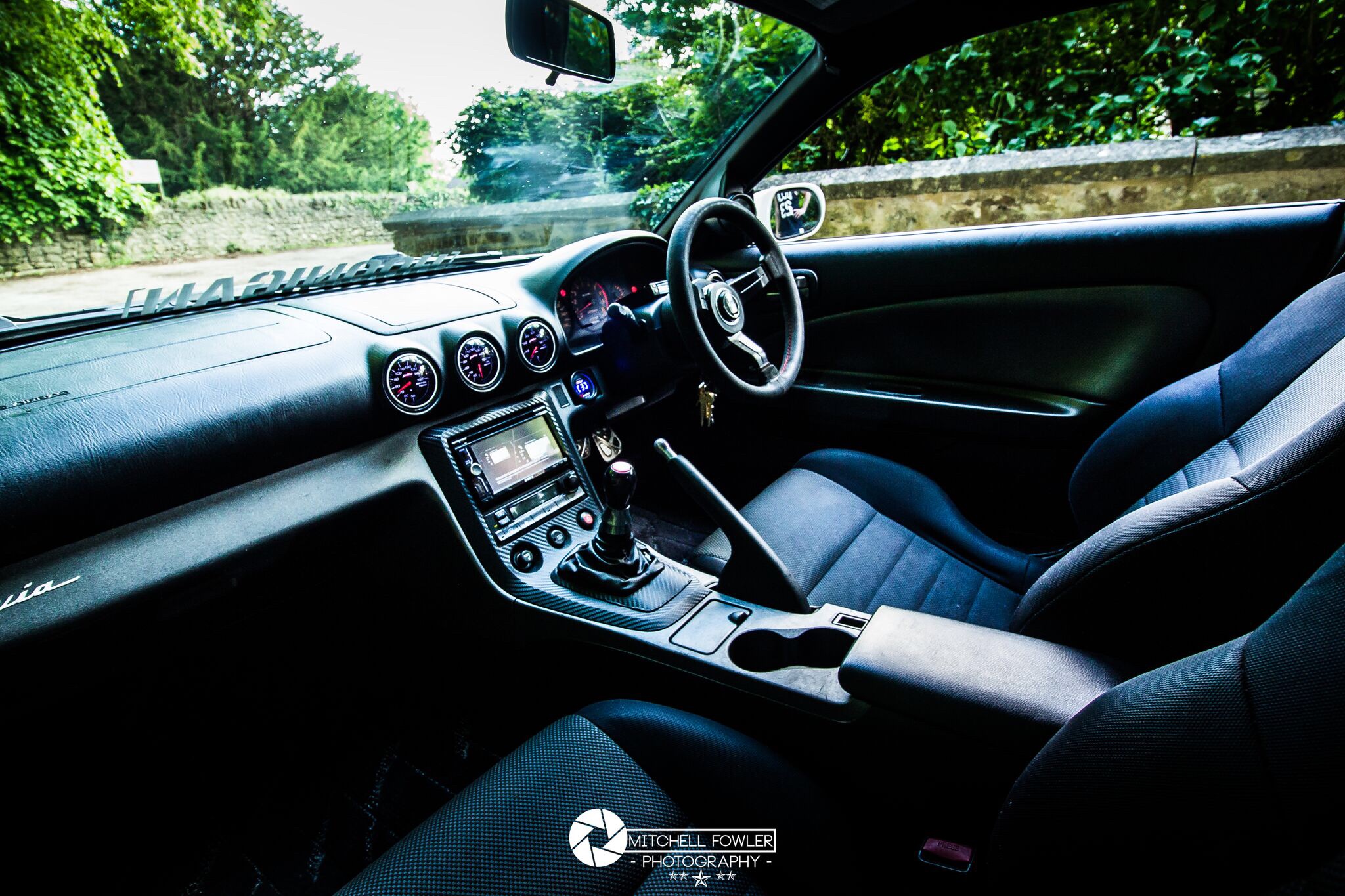 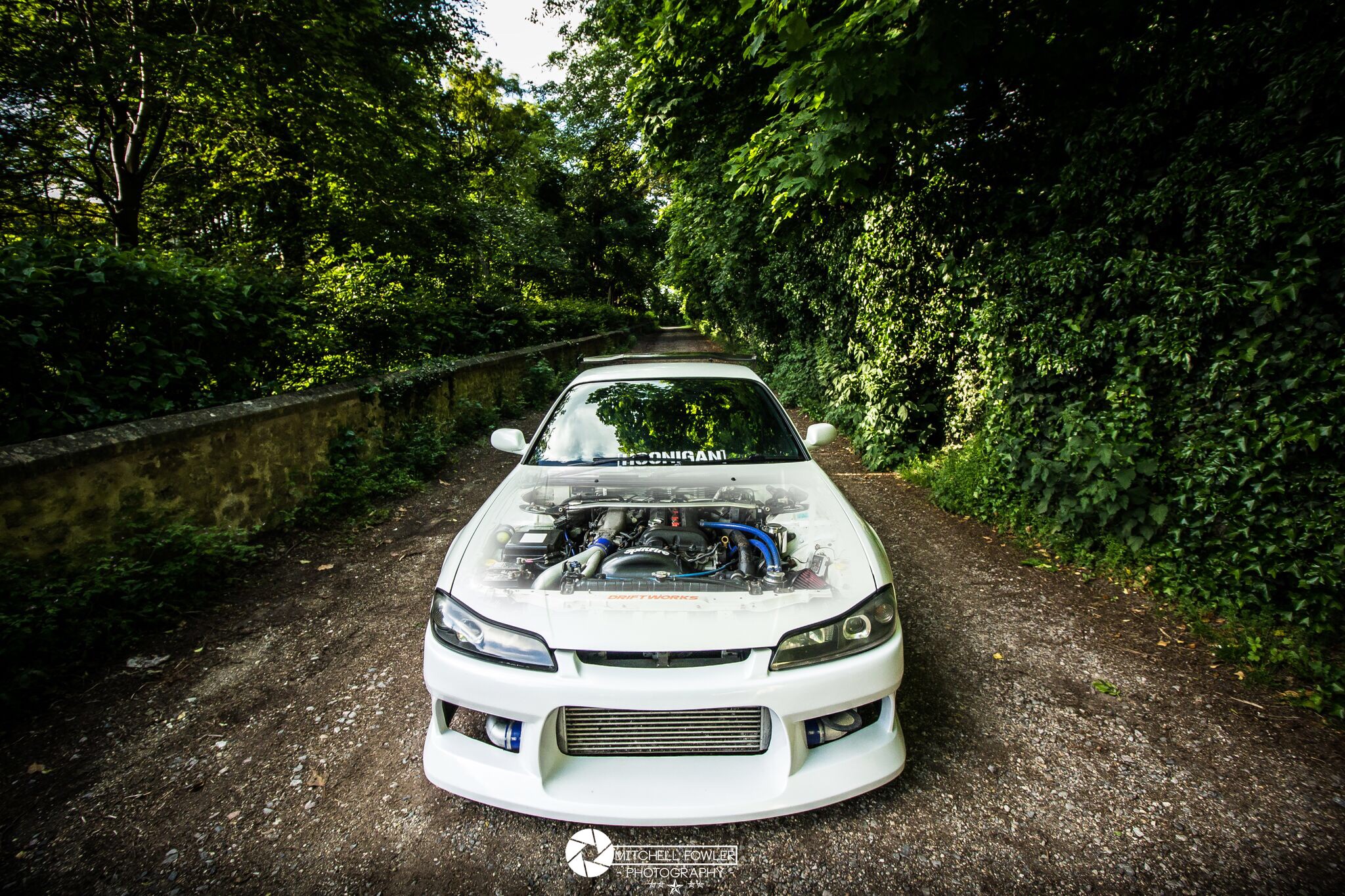 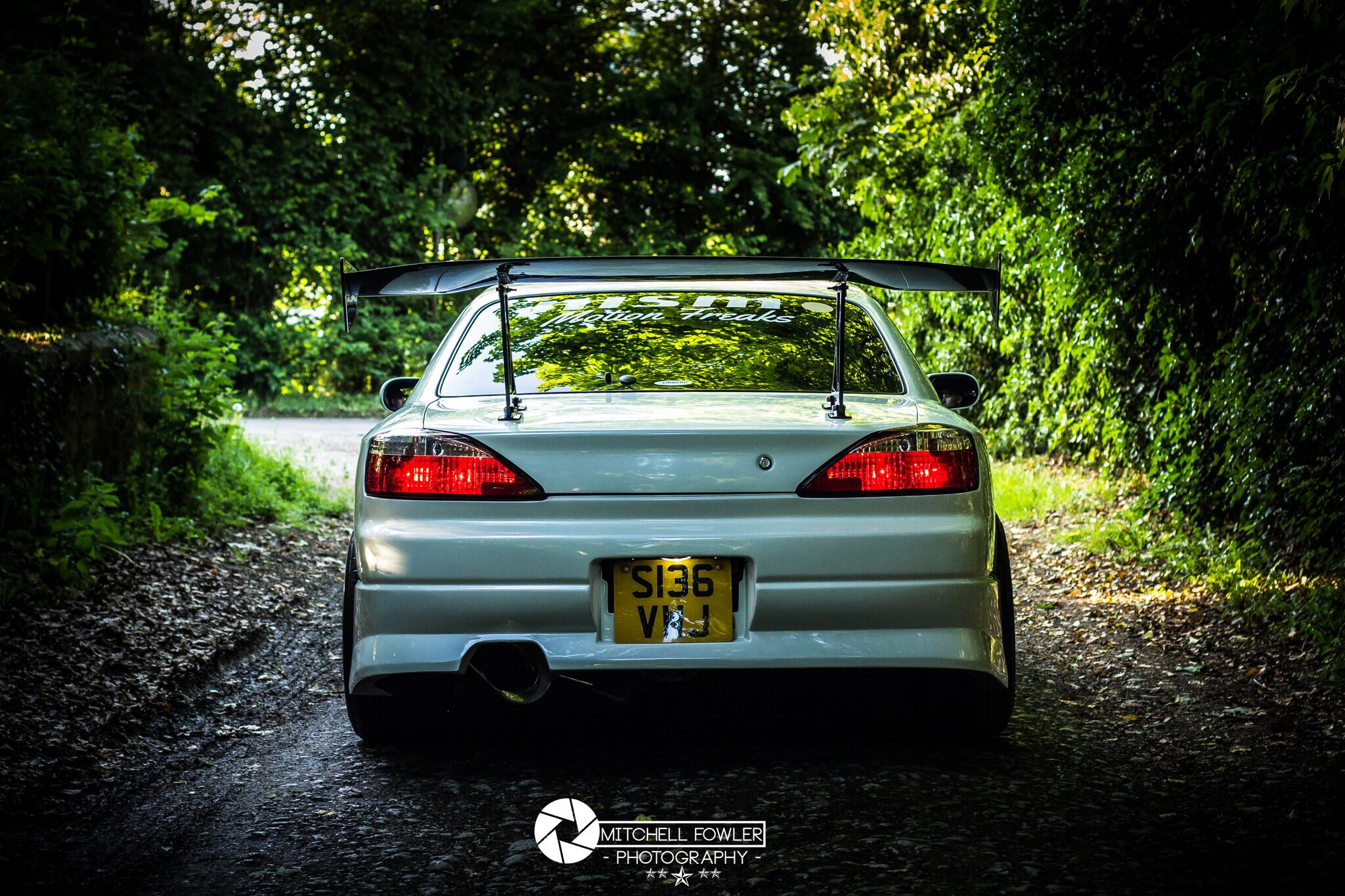 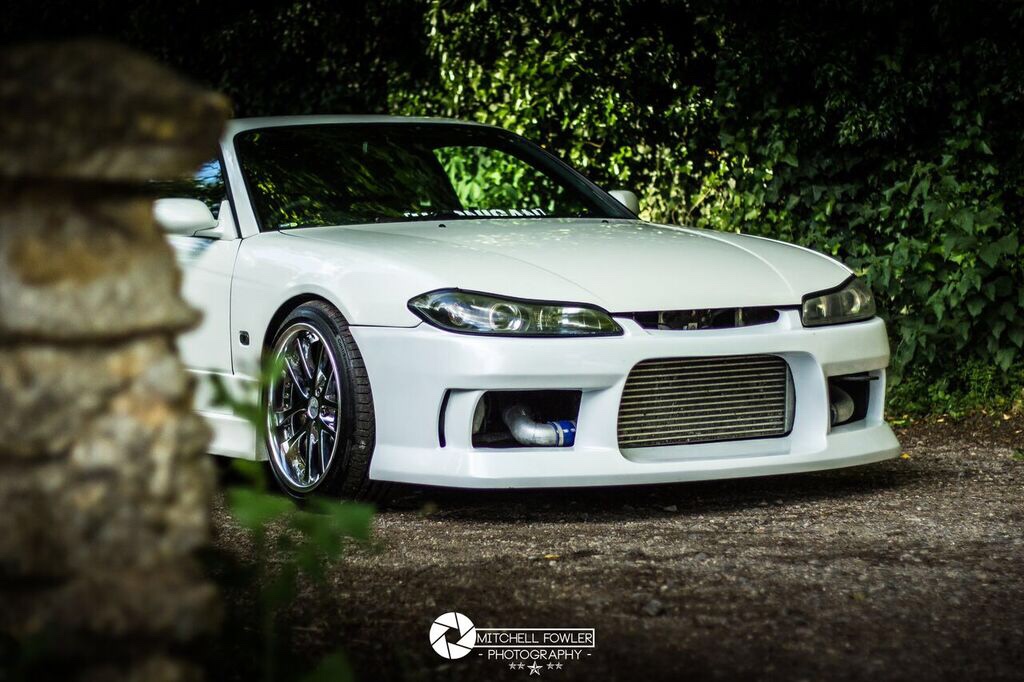 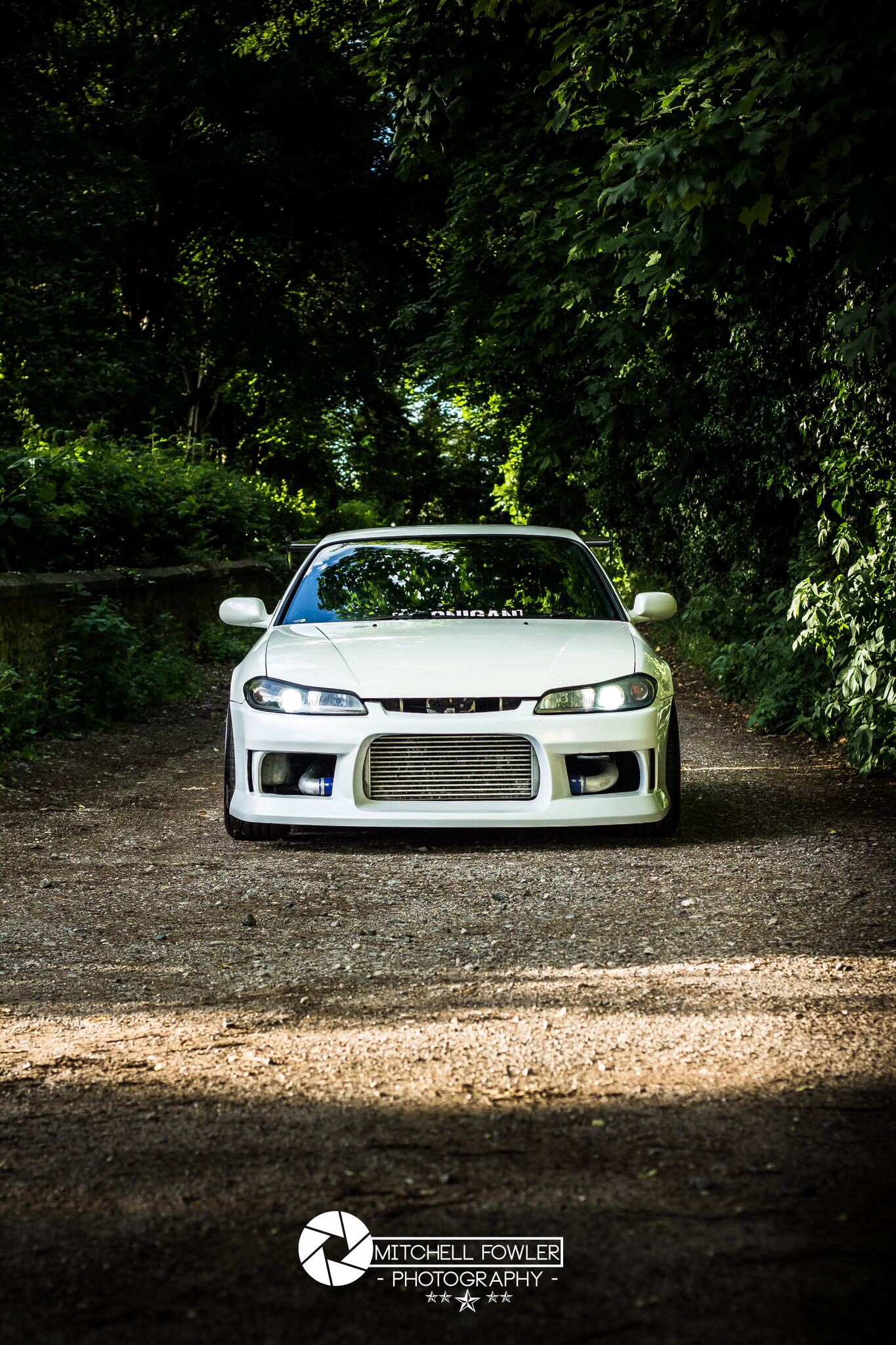 Looks a lovely example mate for sure! And those nismo dials look amazing!! Does the pop up sat nav work?

Keifer1903 said:
Looks a lovely example mate for sure! And those nismo dials look amazing!! Does the pop up sat nav work?

Cheers dude I'm loving it! Will put a couple more updates on later!

I didn't even know there was a pop up sat nav! I've just googled it and have seen what your referring to so will check later! Would be a bonus if there is something there that works! Thanks for the info!

Thanks! She does need some work to her though but it's a project to get her to a show standard so taking it slowly and learning as I go!

Damn that wing though

The_Angry_Saxon said:
Damn that wing though

Thanks! Yeah the wing is a little bit marmite, I think I will get another boot lid in the future and keep a spare so I can alternate! Probably won't happen like that but hey ho

STONER said:
Thanks! Yeah the wing is a little bit marmite, I think I will get another boot lid in the future and keep a spare so I can alternate! Probably won't happen like that but hey ho

Sent from my iPhone using Tapatalk
Click to expand...

Yeah I toyed with getting another boot lid because I wanted to try a Dmax lip spoiler but not modify my lid with the factory wing on it. Boot lids can be had pretty cheap tbh.
S

So last Friday I got a late call from a guy who organises a lot of the local meets and cruises and he asked me if I wouldn't mind bringing my car to a charity bike event at the local go karting track to be on a stand, as I was busy in the afternoon I went down and took the S15 for the morning!

It was great to speak to some like minded people, in particular a guy called Ben with a 1993 MR2 Turbo which he has been building recently! I was speaking to him and explained that I wanted to start working on my own cars and make my S15 a project of mine but I had never done any mechanical work and neither did I have much knowledge about it all! With a set of HSD coilovers from garage D in the shed waiting to go on, Ben kindly offered me over to his garage where he had all the tools to change the coilovers on my S15! So we both did that on Sunday and I loved working on the car and I felt like I really accomplished something, Ben really helped me get to grasps of things and it look us 3 hours which I thought was good timing!

As everyone loves pictures here are some pictures of the HSD monopro coilovers that were on the car before: 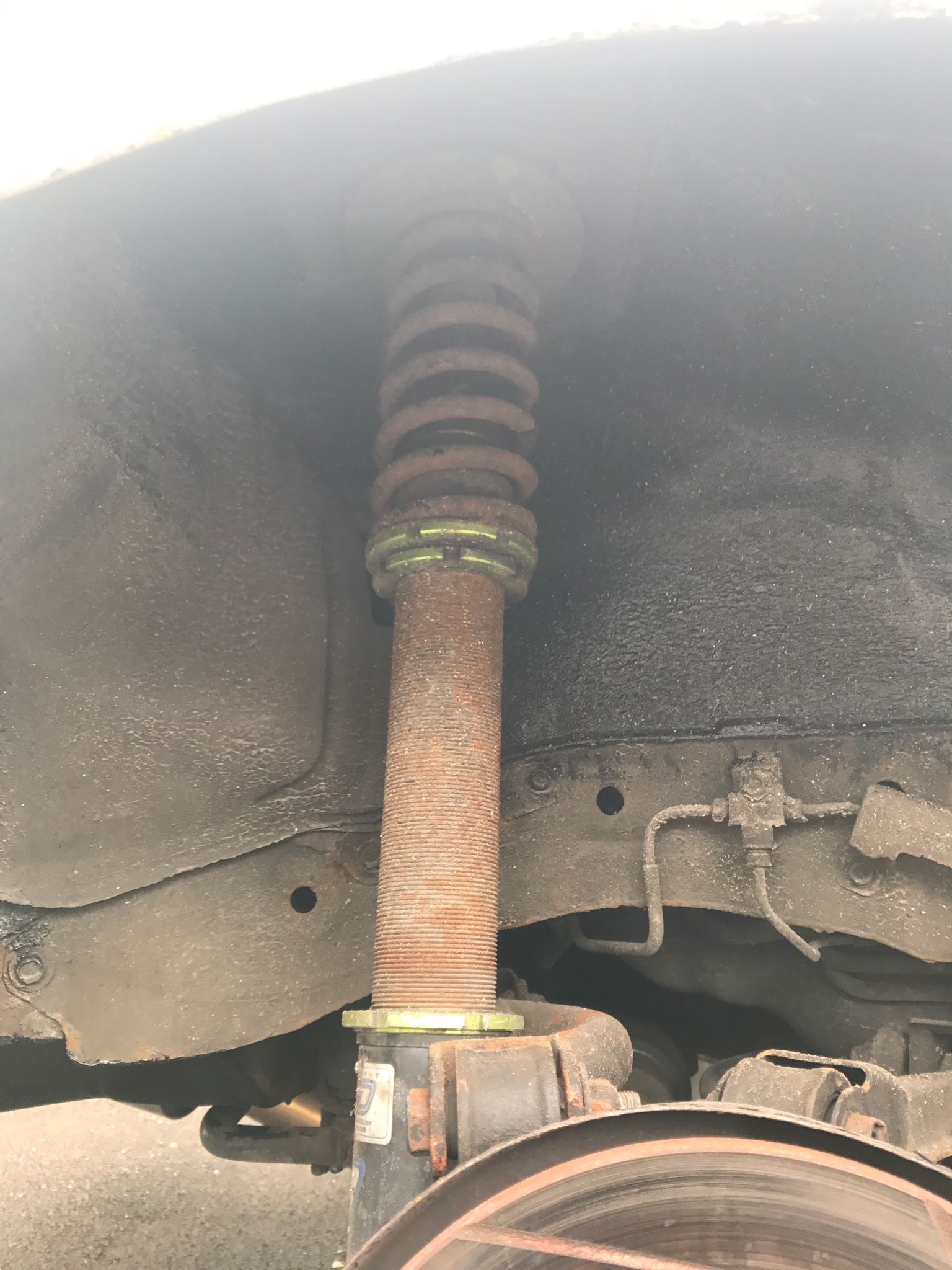 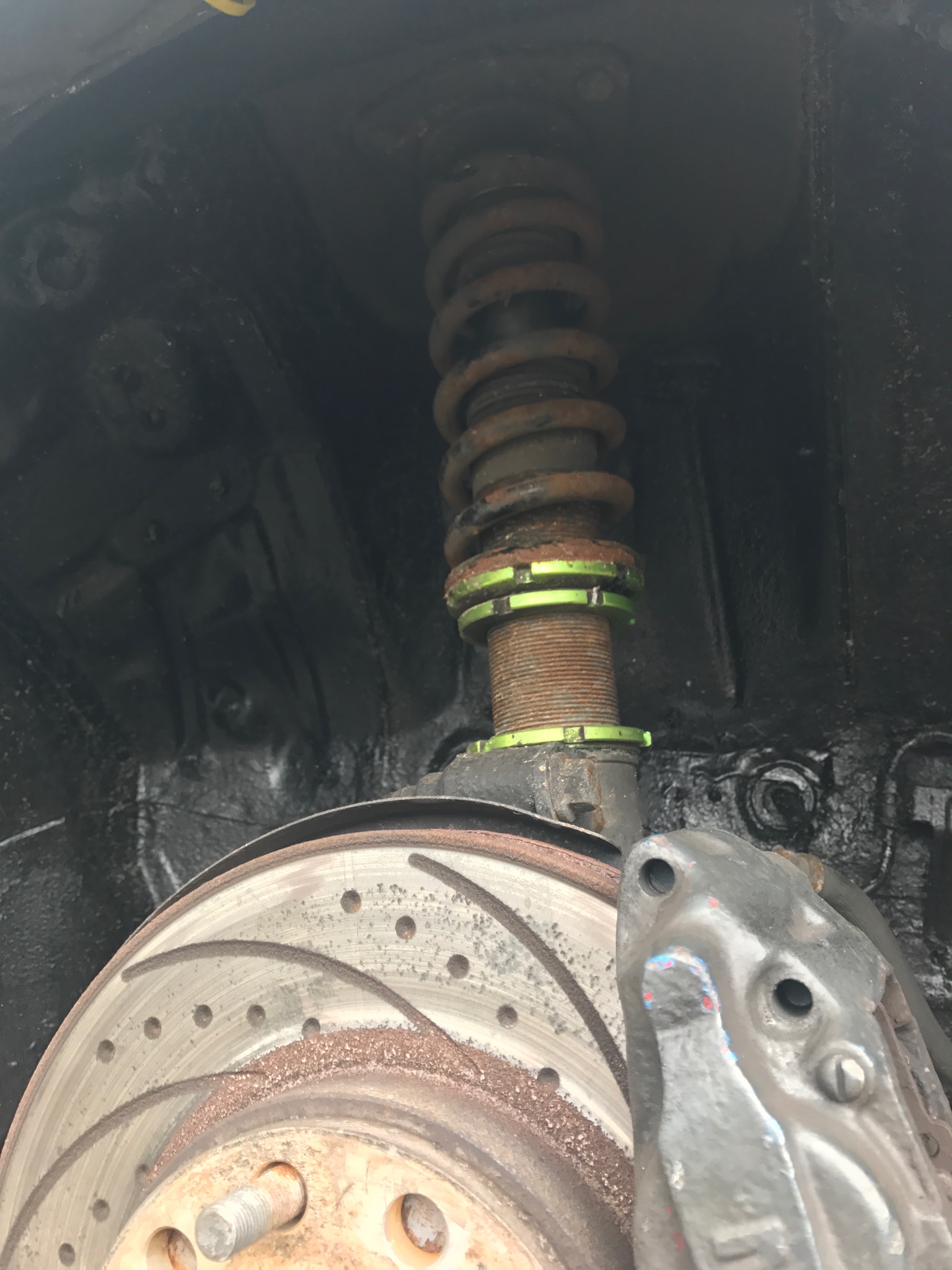 And now for the HSD's that were fitted: 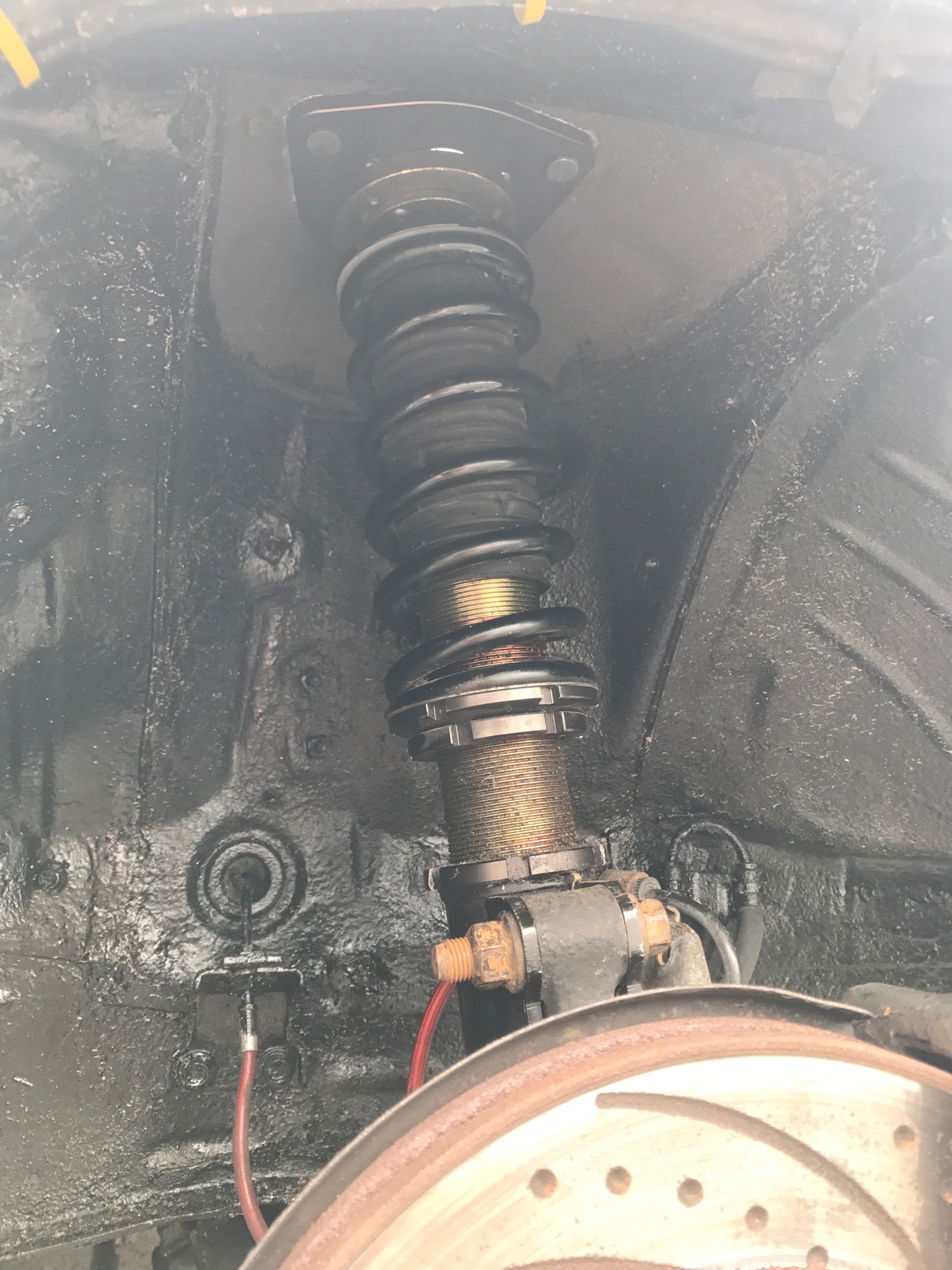 The new coilovers make such a difference, they aren't as stiff which is better as it's a daily driver for me (although I don't go very far). I previously had a bit of squeaking on the front before which has now gone which was a bonus!

Here are some pictures I were tagged in on Facebook from the charity event! 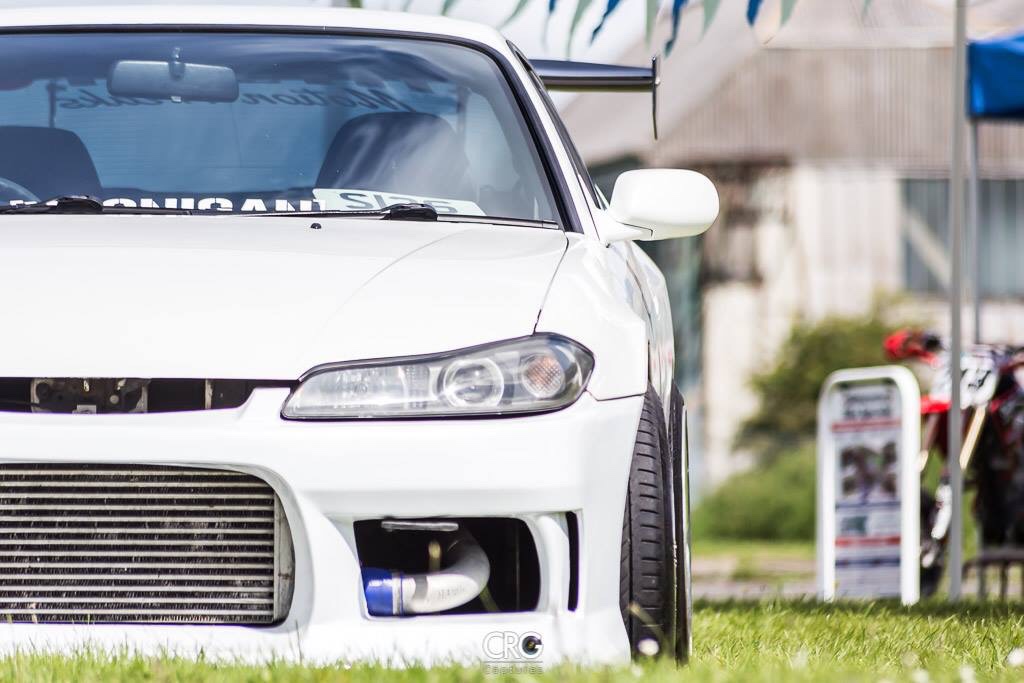 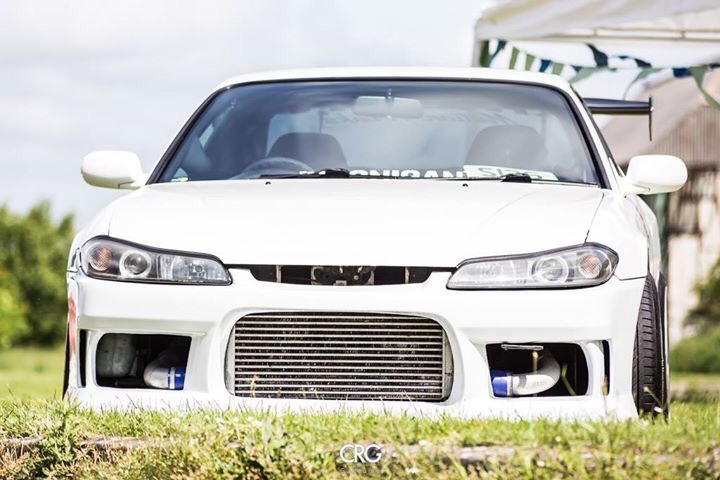 I know I baffle on about crap so I'll round this post off here! Off to Horsham Developments tomorrow for a service and for them to have a look around the car and advise me on any issues! I'll report back tomorrow!

The_Angry_Saxon said:
Yeah I toyed with getting another boot lid because I wanted to try a Dmax lip spoiler but not modify my lid with the factory wing on it. Boot lids can be had pretty cheap tbh.
Click to expand...

Yeah I've seen a few pop up on Facebook I'm just waiting for the right one as I'm in no rush! Pearl white is quite popular too so it's not too hard to find a straight replacement!


Sent from my iPhone using Tapatalk
A

Almeida1234 said:
Lovely car matey
Get them wheels refurbished, or maybe set of workmeisters or SSR will look epic
Click to expand...

Cheers dude! The plan is to get them refurbished and re-lipped with some bigger dish on them! I love Weds so I think I would rather just work with what I've got!