Hi guys, Abit random - But i just decided to do a HPI check on my s15 & with the HPI check it also gave me the previous Registration plates it has had so i searched it up!
Apparently it was owned by someone on here called 'sushiming' who is apparently the founder of this forum/ help started it off? so Maybe a couple of you guys knows of sushiming who had it imported from japan back in 2005.
Ive been reading loads of threads made by him about the car when he owned it, So interesting to read! and found a couple of pictures aswell.. Il post up some picture here of firstly when he owned the car. & Some picture of how the car sits under my ownership now.
I crashed it in 2014 so since then iv been really busy with building it back up.
If anyone can get in touch with sushiming and show him the pictures of it now, would be great as i'm sure hes now wondering how the car is/if its still alive! as we all do with our previous cars lol. 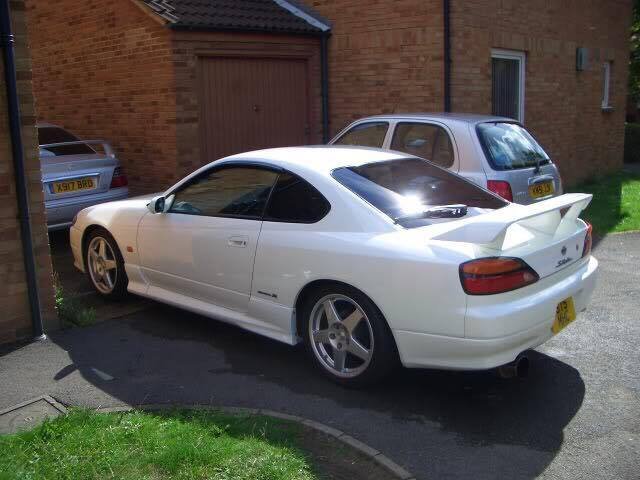 And This is how the car is now

Just thought id make a post of it, As many of you guys MAY know my car from when it first came to this UK in 05.

Ming hasn't been on the forum for about a year, and that was a rare visit. He moved to Hong Kong the same year I moved to Finland (2009). You are right, he started the first version of this forum over 11 years ago! That forum quickly moved onto today's. It wasn't possible to transfer the original posts on that forum due to the restrictions of the free forum hosting.

You will find Ming's posts on this forum by searching his username, and these still contain photos from his time. If you want to contact him, just send a PM. I think his email is still valid.

HI there, nicely just passed me the link to this post.

Its good to know the car is with someone which cherish it and is back on the forum, do let me know what you would like to know.

I do miss that beauty...

sushiming said:
HI there, nicely just passed me the link to this post.

Its good to know the car is with someone which cherish it and is back on the forum, do let me know what you would like to know.

I do love the car And I think now i would find it very hard to part with it after everything ive done to it. Ive been trying to find out some info about it after you owned it. I believe the car was taken to Ireland after you? When I purchased it, It had a Cwest front bumper on it, 6 months into ownership and sadly I crashed the car. Which then led me into completely rebuilding it & I think that is the best thing iv ever done

Thanks for the quick reply 'Nicely' :tea:

If i recall the guy who brought it did take it to ireland, i spared no money in modding it when i owned it.

whats the mileage on the car now?

I only parted with it as I need to move out to Hong Kong otherwise the modding would if just carried on, I was only half way through it.

does it still have the recaro's? hows the engine bay look like now?

Yeahh It still has the recaros, So so comfy! haha here is a picture of them

I dont have many pictures of the engine bay as of now, The car has been getting rebuilt to a 'show' standard (exterior) Ive just about finished with the exterior now. So I will start to work on the bay as from next month. I had to put a new turbo in it 3 months ago, Also had to have the clutch done, so went for a ACT 6puk.. Aswell as recently buying new hsd monopro coilovers.

Also as i stated the car was involved in a 'little' :/ accident - The rear end decided to meet a lampost, That was when i decided to just go all out on it and make it into my dream s15. So had a full respray done in stage 3 pearl 'aston martin' morning frost.

So alot has been done since you owned the car lol! The milage is still quite low! its just hit 115000km which i believe is about 71k?
Its posibly one of the cleanest s15s in the UK at the mo (bodywise) I just got to get motivated and get started on the bay now haha

The mileage was converted into mile when it arrived it the uk, I think the guy before did not tell you then.
As when I sold the car it was at 75k miles.
You must log in or register to reply here.
Share:
Facebook Twitter Reddit Pinterest Tumblr WhatsApp Email Link
16,656Threads
160,094Messages
8,792Members
fakbestLatest member