bought a lovely S15 which i am going to pick up soon but the only box i didnt tick with it was the OEM aero bumpers as they were super hard to find in blue.

I realise i wont be happy until I have one on the car but so far have found only one website selling primed OEM ones for £1100 inclusive of shipping.

does anyone know of another option? id be fine with a clone firberglass one if there is a well made one about. i swear at some point in the past i saw an EP Racing made fiberglass one for £300 but cant find it now and im unsure how they would differ in terms of quality, durability and fitment etc vs the genuine nissan part?

...alternatively anyone wanna sell me their bumper?

You can get the EP Racing FRP ones on eBay for £235 I think. I very nearly bought one but decided against it as I couldn’t be bothered with the hassle of trying to get it to fit properly.

I’m happy I stayed with the non-aero bumper in the end as they can look great if the car has the right stance. Plus I’m not constantly worrying about damaging a £1k+ aero bumper haha.
Last edited: 3 October 2017

Just to clarify are you after an OEM or OEM Areo front bumper?
OEM ones can look quite nice if you add a lip. you can get second hand bumpers but not very common. I got an OEM areo one through JDM Distro as well as side skirts. not cheap mind and needs a bit of fixing/TLC but so dose the rest of the car but they where in the colour I needed.

Yo Shifty1303 I was also upset about not having the aero front bumper as you well know but to be honest if you spend your time driving the car it shouldn't bother you too much especially to begin with. Plus I really think that throwing over a grand plus paint on a front bumper when you have an aftermarket one anyway is pretty excessive, maybe look into doing a epracing one first id be interested in how it comes out as id be up for one if it was decent enough :whoo:

Maybe if we could look into a bulk buy off them if we have enough people interested?
Last edited: 4 October 2017

lewis said:
Maybe if we could look into a bulk buy off them if we have enough people interested?
Click to expand...

Its always worth asking
A

I'd also like to have a genuine one. The guy I bought my oem side skirts off, said he had one but wanted $2,000 NZD for it? Haha. He was also asking $900 for the rear spats, even though he sold me the skirts for only 700. I just laughed.

I noticed a place in England had one for sale for a thousand pounds, and said they can order more? Brand new ones. Can't remember the name, but I'll find the link later.

These OEM options are gold now, and becoming quite sought after, especially for us UK/Aus/NZ folks who never had that stuff on the ones sold new.

I know a place in Christchurch (NZ) who do the front, sides and rear for $1500NZD, but the factory stuff can't be beat for fitment, and have 0 ripples.
R

I want a aero bumper too but i'm quiet fine right now, a small lip can do a huge difference in my opinion
You should get some Inspiration from other people and maybe you'll find a solution you can live with until you can afford a aero bumper ;D 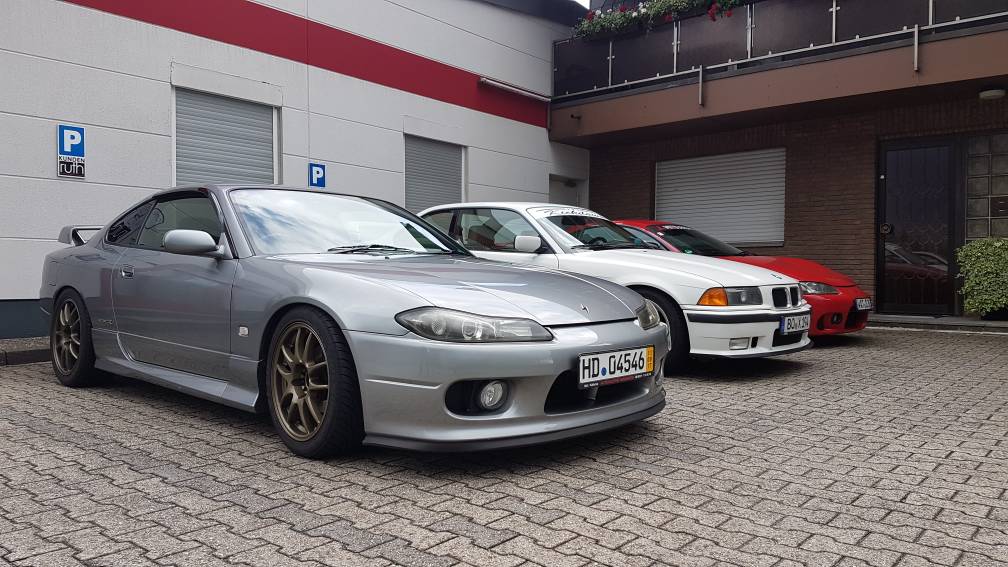 Rezikoh said:
I want a aero bumper too but i'm quiet fine right now, a small lip can do a huge difference in my opinion
You should get some Inspiration from other people abd maybe you'll find a solution you can live with until you can afford a aero bumper ;D

That looks good - is that just one of those sticky-back rubber skirt things?

The_Angry_Saxon said:
That looks good - is that just one of those sticky-back rubber skirt things?
Click to expand...

Looks like it, looks similar to the lip on mine

Yes it is
It fits just fine and looks really nice ^^

And goes some way to protecting the bottom of the bumper from scrapes I suppose too.
R

Yeah that’s cool. Might have to order myself a roll of the stuff - it’s only cheap anyway.

Rhino lip I think they are called

good idea Lewis. we shall meet up when i collect mine and have a chat about it picking up on the 23rd btw!! on holiday for a week but we should meet up w/c 30th Oct?

Ooooh yeah! It’s been so long dude can’t wait to see it in person

lewis said:
Ooooh yeah! It’s been so long dude can’t wait to see it in person

ill drop you a text when im about