Not created a thread yet as I was waiting for more bits to happen, so here's the story so far.

Grade 4B in lovely pearl white.
Imported by Torque GT in October 14. I'm the first owner and traded in my EP3 type r against it.
Absolutely love it so far. It's my first RWD car and my first turbo car too!

Had to get a pair of front tyres in the first week as one had a bulge in it and both weren't miles off anyway.

On the way home (nearly 7 hours each way in torrential rain). 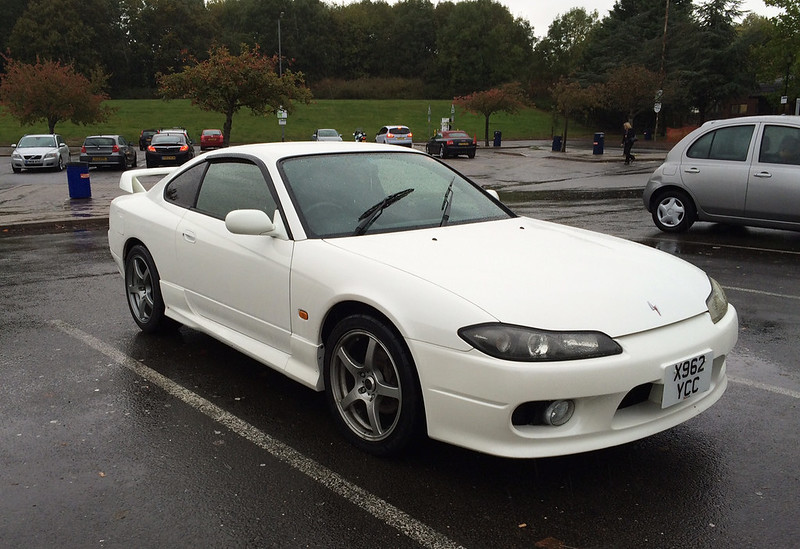 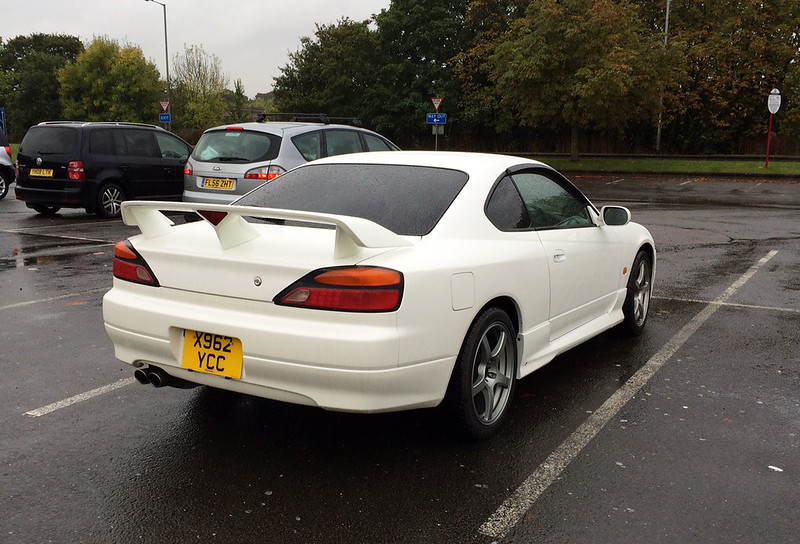 So a bit more about the car.
It was standard apart from a headunit and Prodrive wheels. These are apparently worth a good few bob, sold at £500 each new, lol!
They are also forged and extremely strong. I think they're 'okay'. and a hardrace gearbox mount. This was purchased to try and improve feel, huge difference between this and a Honda box 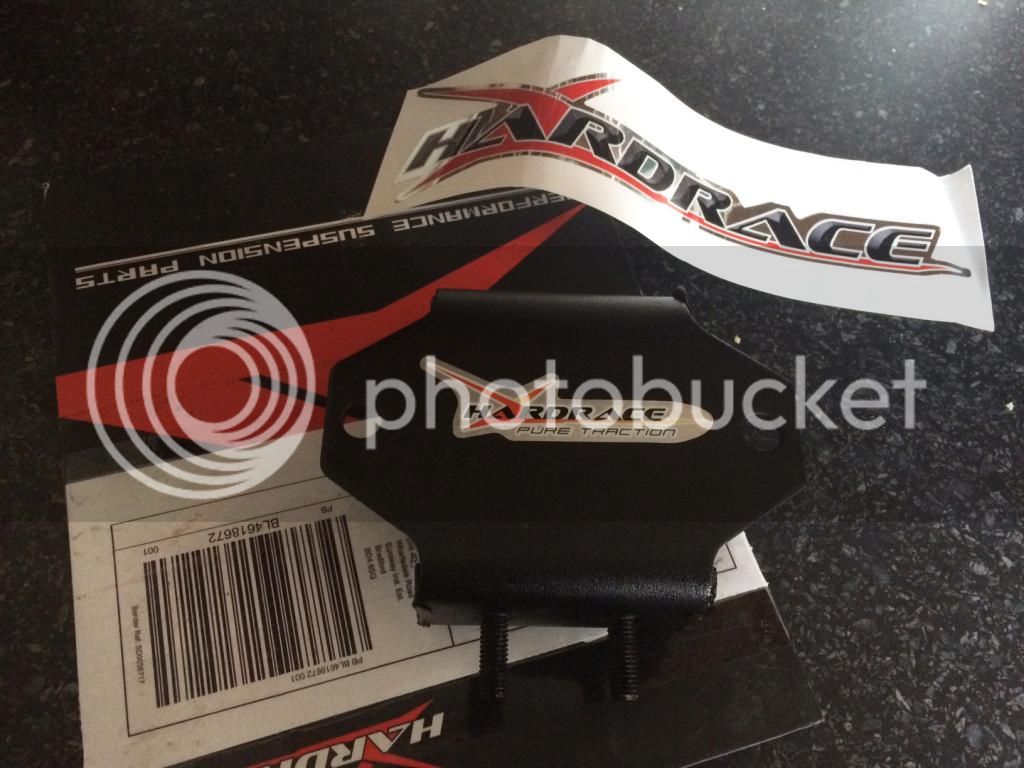 It has made a difference though! Good mod! 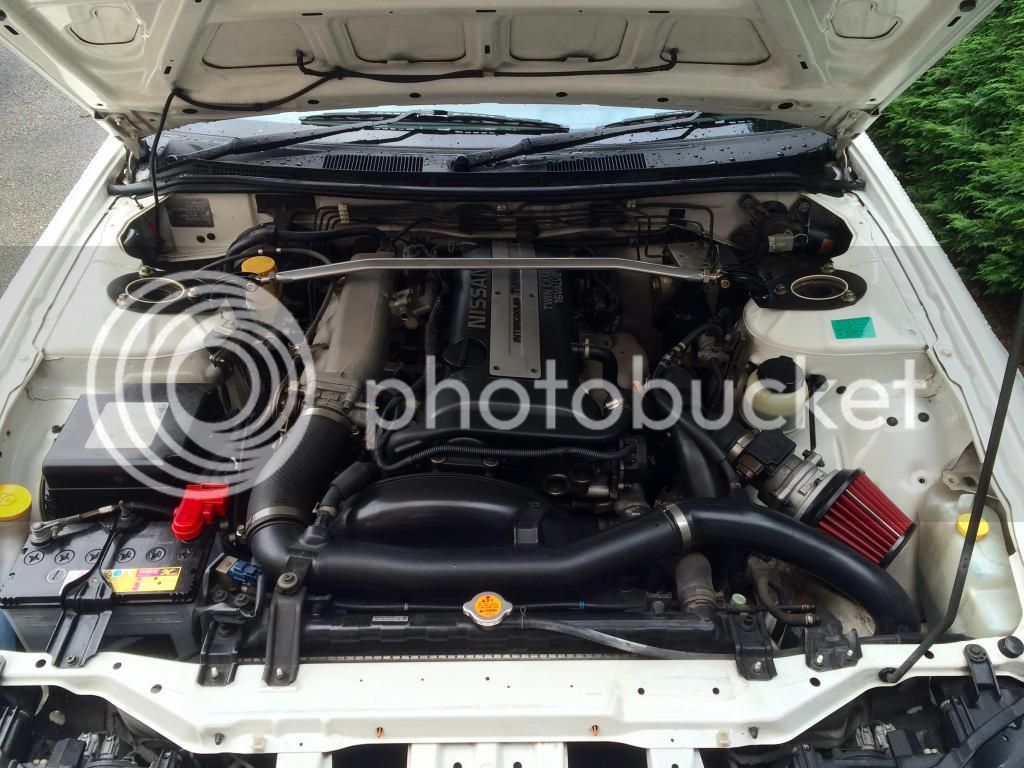 Things got a bit slower now as I went to NYC last minute for a week and couldn't afford much for the car except for oil to do the engine, box and diff.
Few pics of the car... 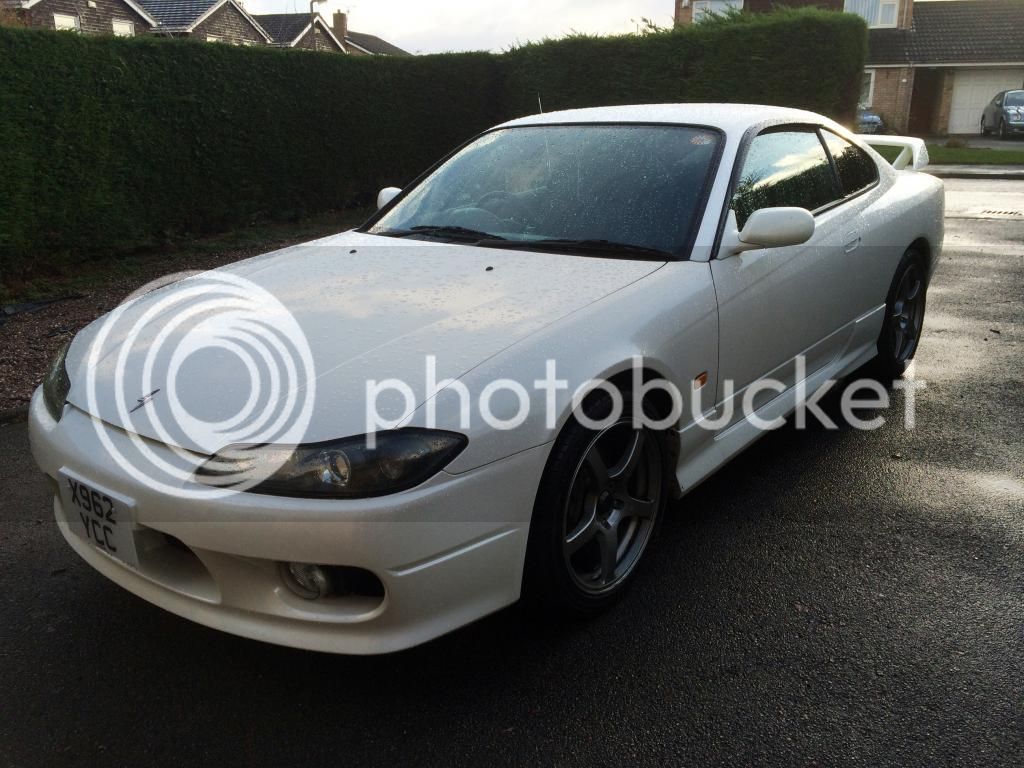 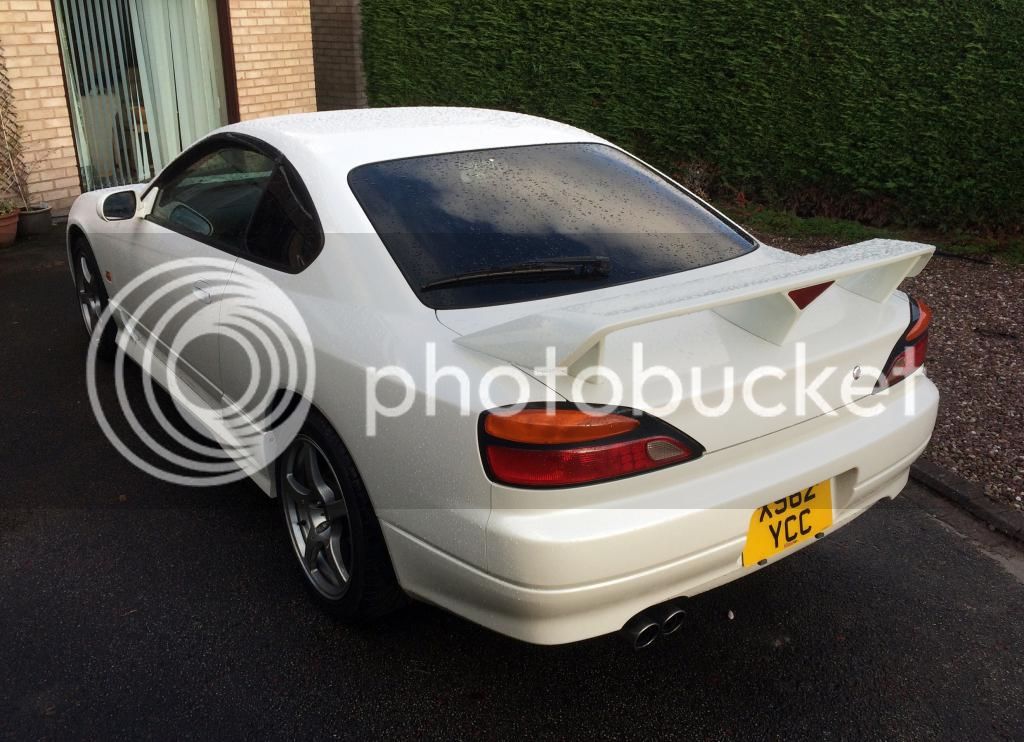 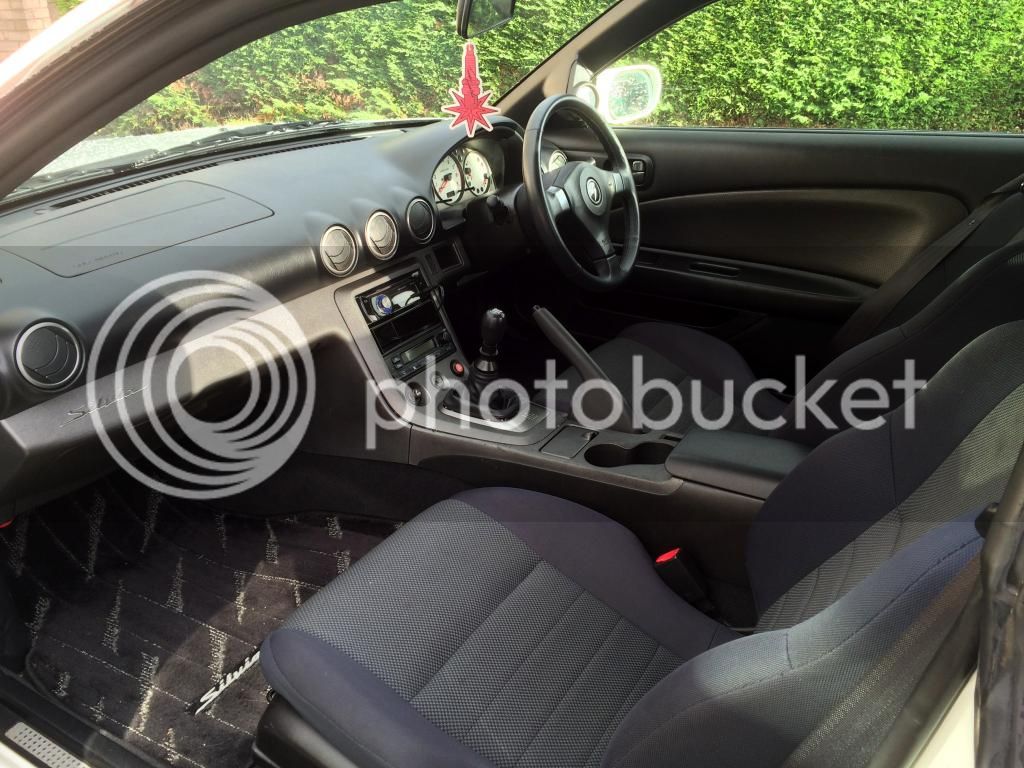 Got this cooling panel off the Mrs for xmas, great fitment! 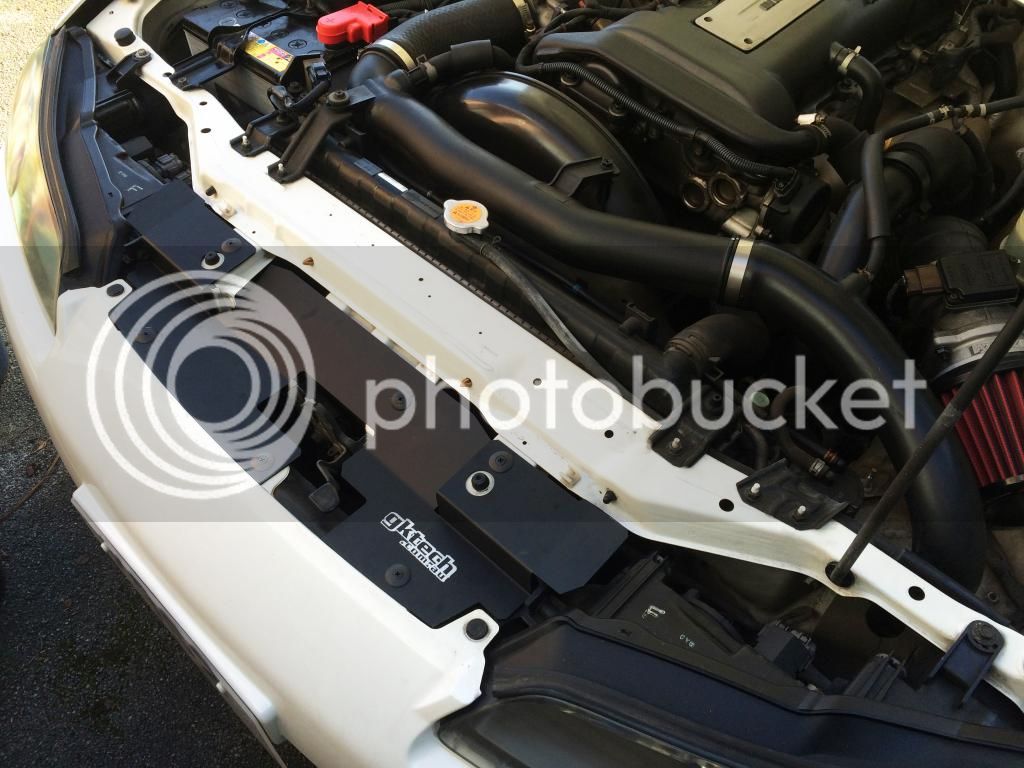 Things slowed again as we booked to go to Vegas again for later in the year, lol.
Until last week.

HSD coilovers, hardrace toe and camber arms bought.
Being fitted at a mates (no, the scissor jack was only there for support, trolley jack in background) 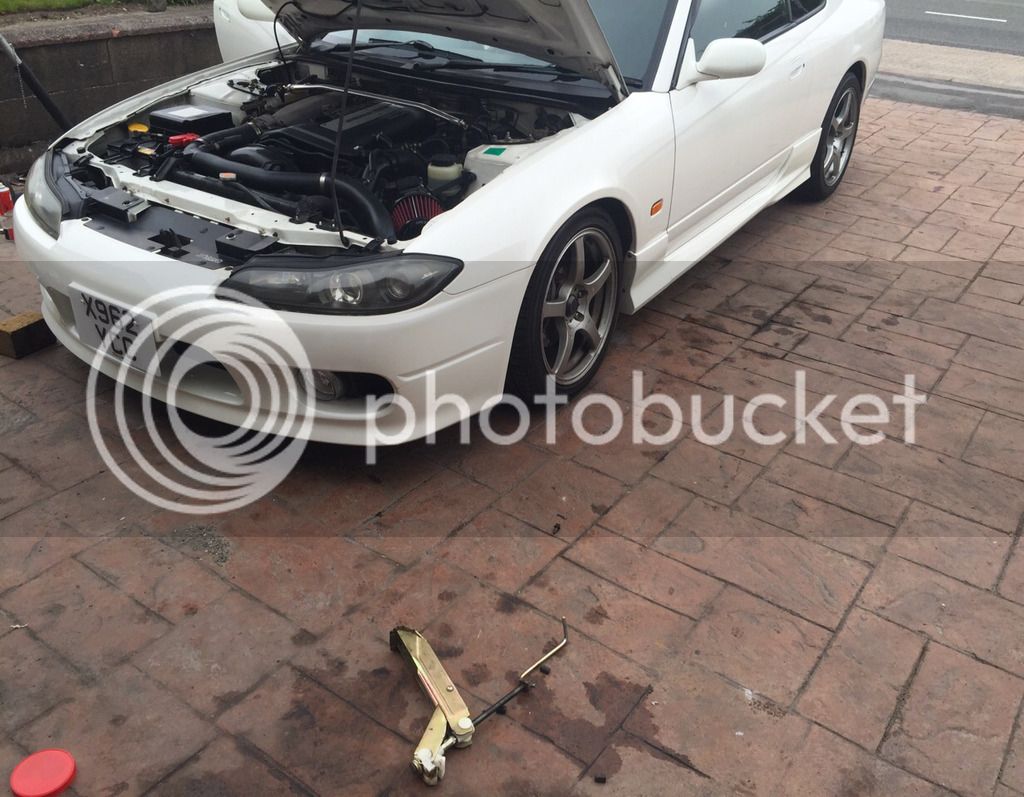 It then went to Demon Tweeks for alignment. Went for the street/drift daily off DW.
Feels amazing now. 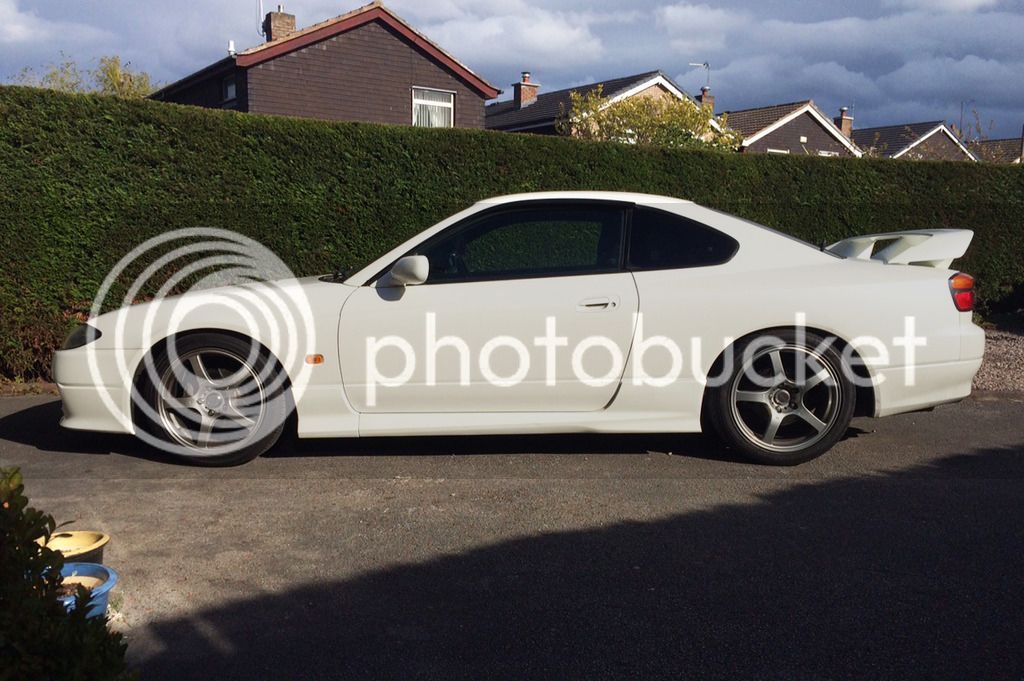 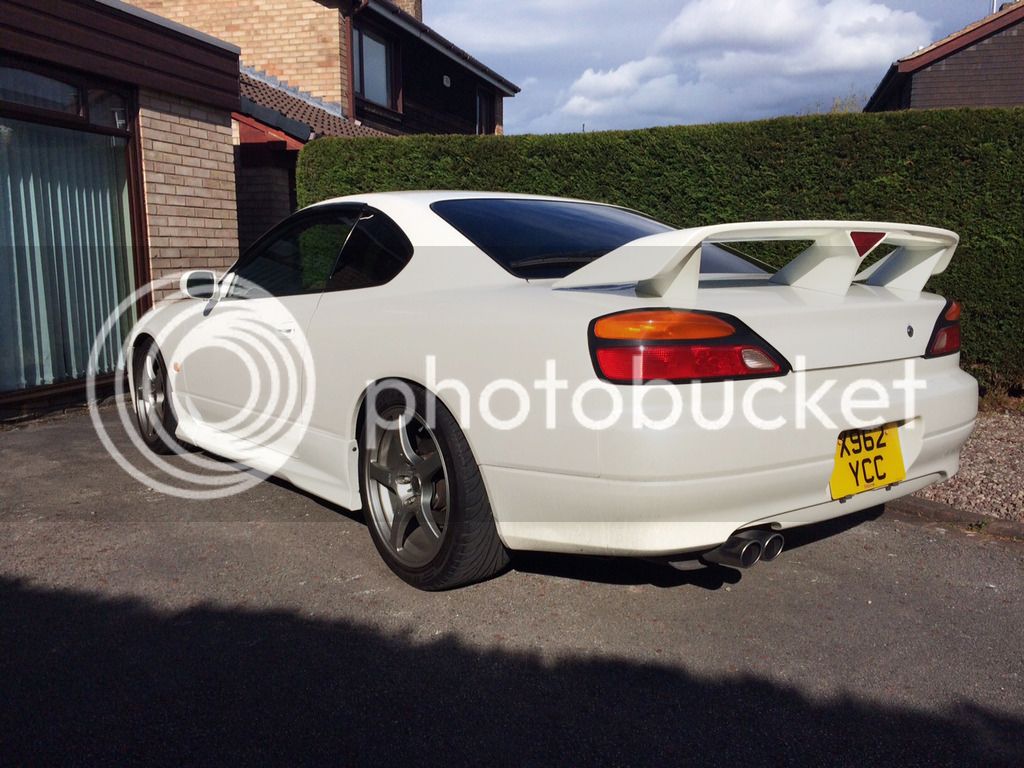 The back wheel...farking close!!! (even closer in real life)
Need to get the lip rolled for peace of mind. Lol. 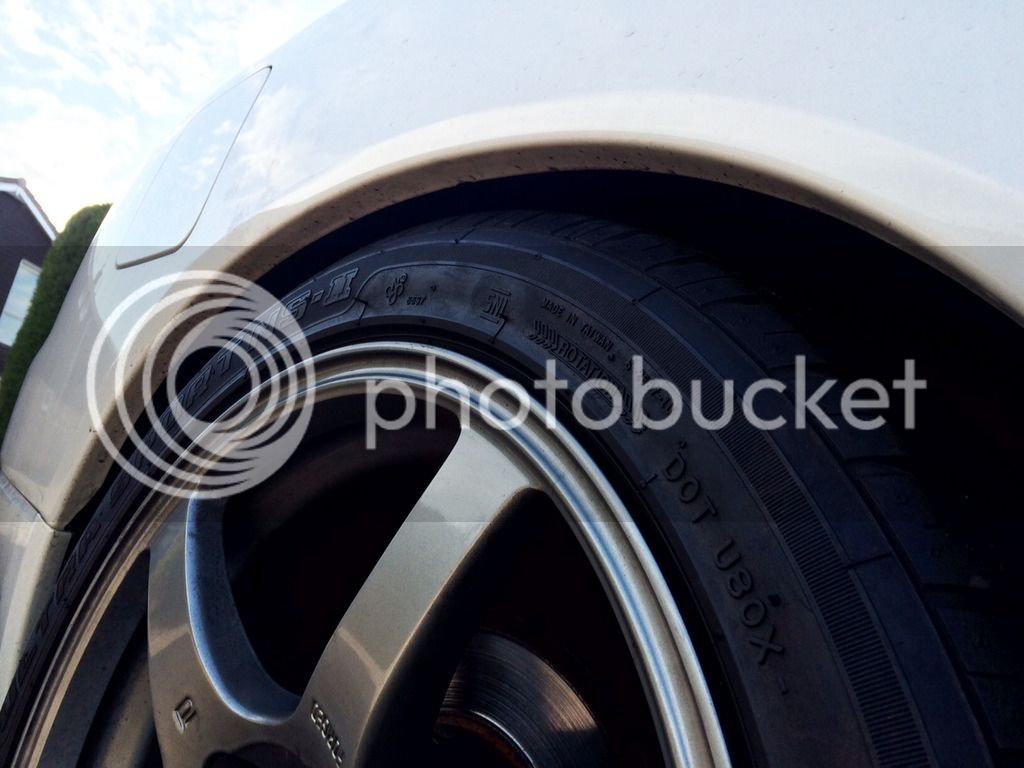 So that's it for 6 months of ownership.

The clutch is now juddering as per my thread and it'll need another service in a few months.

Looking at importing a Kakimoto Regu 06&r and sorting the engine out.
I want a high mounted PBM intercooler, aswell as a boost controller etc.
Last edited: 29 April 2015
C

Lovely car there, the wheels are not really setting it off at all though, and Nankang tyres will land you in a ditch.

The wheels are something I'll deal with when I can, they look a lot better now it's lower though!
And the Nankangs are good...for skids

Honestly though, the tyres are no way as bad as people make out.
C

Lol okay dude.
Im yet to have a problem with them, but I'll let you know when I do

Some better pics a couple of days after a clean!

Looking at getting an exhaust soon, but after the suspension bits i'm a bit short of dollar to spend on the motor atm.
It'll probably be a Blitz Nur Spec RX. I wanted a Kakimoto, but they're not cheap and I don't want to wait, lol! 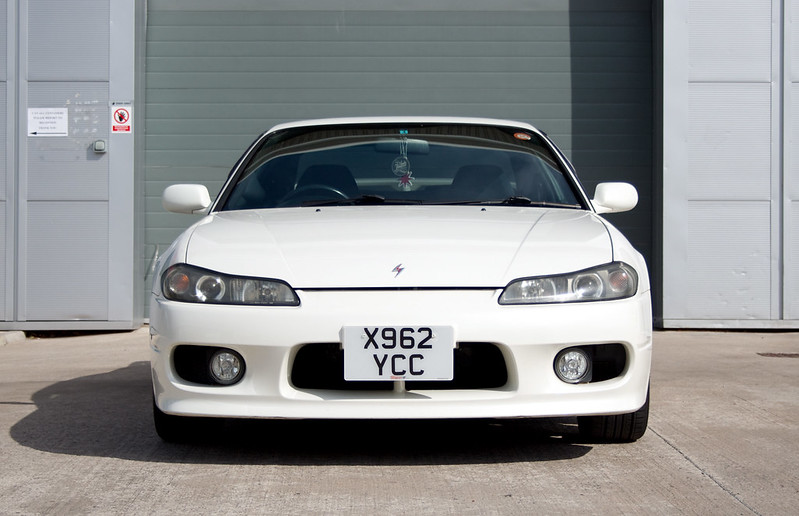 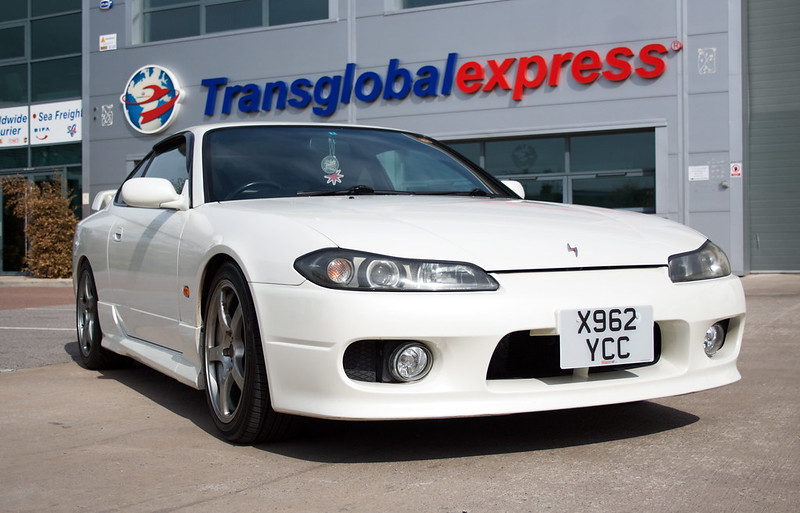 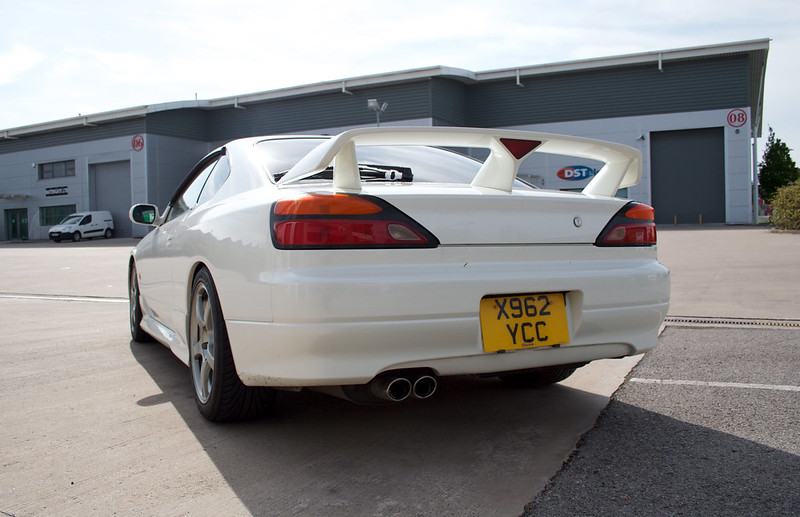 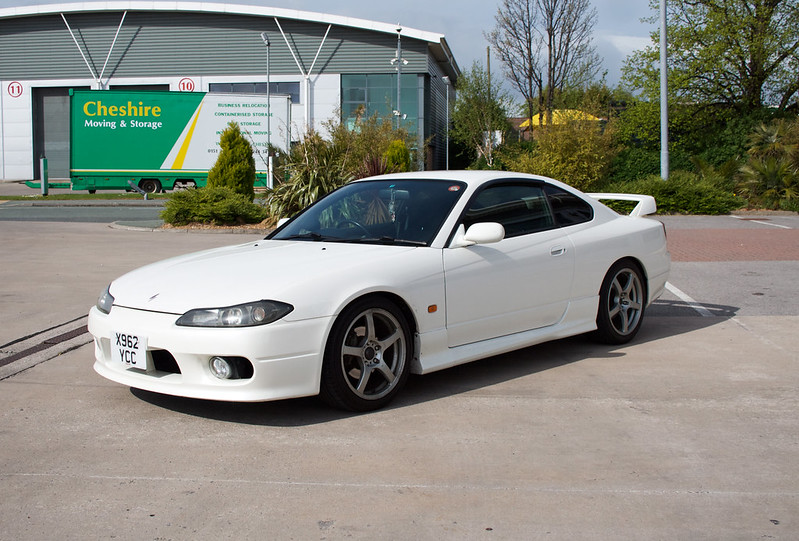 Probably order some 15mm front spacers this week, need to tuck the loom in the front wing and i'd like to polish the front lights a bit.
If i cba I want to get the wheels off to paint the calipers and hubs soon.

I really like the wheels! Looks in great condition too, you should deffo use a headlight restoration kit for your lights tho. Amazing the difference when it's been sanded down and polished! Did you actually feel a benefit from installing the strut brace?

i totally want to go the loom thing too.

Thanks mate! Headlights aren't too bad so it's not desperate but i'll get them done whenever I pull my finger out.
I don't think the brace has made a difference, it looks good though. It was a no reserve auction on ebay, won it for £16 in the end so can't complain really.

I keep putting the loom tuck off, it seems like a right bitch and i'm not actually rubbing on the arch liner so it's okay for now.

Haha same. Waiting for you to write up a guide mate are you on the standard exhaust? When I got mine it was pretty much the loudest car I ever heard. Had a silencer put in the centre section and it was still too loud so found an hks silent and it's ok now. Still not quiet, but if you change exhausts deffo do some research before pulling the trigger. I have spare super loud 4" can if you're interested tho

Haha, if I get the chance over the bank hols weekend I might give it a crack, all depends on the weather up here though!

Yeah standard exhaust at the moment, I'm waiting for a quote from Matt @ Limitless Imports on a Kakimoto Regu 06&r so will see what that brings up.
Ohh, is it REALLY loud? I had a straight through Spoon n1 on my old EP3 and that was a nightmare to go on a leisurely drive with hah!

Tbh SR's sound a bit crap loud I think. Everything else about them I love but I'm not a huge fan of them noisy. I do like the sound of mine tho and I do was buying new (which I nearly did) I would just buy an HKS silent full system. Never heard a Kakimoto Regu, but the name sounds cool as hell! Might see what YouTube throws up.

Yeah give the Kakimoto Regu 06&r a search on Youtube, it's a pretty cool system!

Ooh. Sounds raspy! Couldn't find it on an SR20DET tho, so it sounds like that'll be your job

Raspy!
Not a fan of huge jap cannons tbh so seems perfect.

Haha nice work. I meant recording it when you got it but no need now. If that's an SR then that sounds really nice. Much better the usual :thumbs:

I'll definitely do some videos when I get it! :nod:

My exhaust just arrived from Japan! Kakimoto Regu 06&r. Stunning bit of kit.
Hopefully going on tonight with a decat. Wow, that thing looks beautiful. I think it would suit a pewter grey S15 better though

Have you tried making engine noises with your mouth through the pipe yet? That would be the first thing I would try, but then I've been around for 37 years so I know to do these things you see.

Haha nahhh, it'll suit white better and I can say I did shout down the backbox, lol!
M