I wasn't going to post anything just yet, but I'm pretty chuffed with the progress of this i thought id post it on here

I bought my Spec S about a month ago or so, really not been able to do that much to it until Saturday, been working on it constantly since then and finished this evening (still more to do but cannot progress further at the moment)

so from the start:


Rolled the car in on friday evening.

the following morning the "fun" started :/


An inspection of the underside given I'd only seen pics of it underneath revealed a fairly good job of undersealing, it looks pretty clean underneath (one of the main reasons i bought it)

first port of call was fitting of the brakes, Willwoods with 345mm disks and coilovers

We found the previous engine wasn't even held in properly, the mounts were actually flopping about, the bolts not even finger tight which explained the horrendous knocking under load, the DE engine felt absolutely horrible too, we put that down to the timing being hugely out, i reckoned it actually had about 70bhp at most

Then an S14a prop went on (the Spec S is much smaller in dia than a S14a) with a 3.9:1 Auto S14a Diff again the original item was knackered

Im not 100% sure on the front wheel fitment, at certain angles they push out too far at other it looks fine, they are 18 9.5" et10 (with spacers) which I've read fit fine with 3º of camber but not sure myself....perhaps slightly narrower spacers might be a solution

As it stands now, need to address rear wheel fitment and possibly lower it some more.
Last edited: 31 May 2016
H

Once funds allow ill be getting some new wheels, not quite sure what yet though.

part of the conversion is to send an entire engine and start and charge loom form both the S15 and the 14a to make one loom up, which will be dropped off (managed to find someone who'll do it for me) and i should get it back in a week or so.


start of getting the loom out:

Ive also got some Spec R skirts to be fitted but they need to be painted first.

not bad for a weekends worth of work methinks
Last edited: 31 May 2016

Still a fair amount to do but its starting to take shape.
D

Agree on the front wheels, bit aggressive for the stock front arches. Bet you can't wait to drive it!

Agree on the front wheels, bit aggressive for the stock front arches. Bet you can't wait to drive it!

I am governed by the wheels, on my 14 they sat perfectly the S15 doesn't have quite as much room, the distance between the wheel and the shock is around 8 - 10mm so i don't have a lot to play with :S ideally i would like to run a 9" but I simply don't have the money to go buying new wheels at the moment, but when i do i want to get rid of the spacers.

Plus I am sure the weak fitment on the rear ..i had to remove the spacer is making the front look worse than it is.

PLUS i think once the skirts go on it should also help...possibly..maybe.

But yeah i am looking forward to driving it

Done a lot in the weekend. Not a big fan of the wheels to be honest. Bit too vip for me Personally. Is the exhaust from a 14? Sticks out a lot

Was a very long weekend, and still recovering now lol

The exhaust is from a 14, may cut and shut it at some point at the moment it's more "function over form"

The are wheels are marmite.
D

Good effort I reused my s14 exhaust, it's easy to cut about 4" out just before the back box.
H

drifter said:
Good effort I reused my s14 exhaust, it's easy to cut about 4" out just before the back box.
Click to expand...

Hi Scott, its "on the list" to do just so much to do and so little time.

Ive got my old HKS cat back system for sale if you want a proper one.
H

tooley said:
Ive got my old HKS cat back system for sale if you want a proper one.
Click to expand...

thanks for the offer, i simply don't have the funds available at the moment I'm afraid, i mean who buy a car to sort out AND decides to have windows replaced in the space of a few months of each other
H 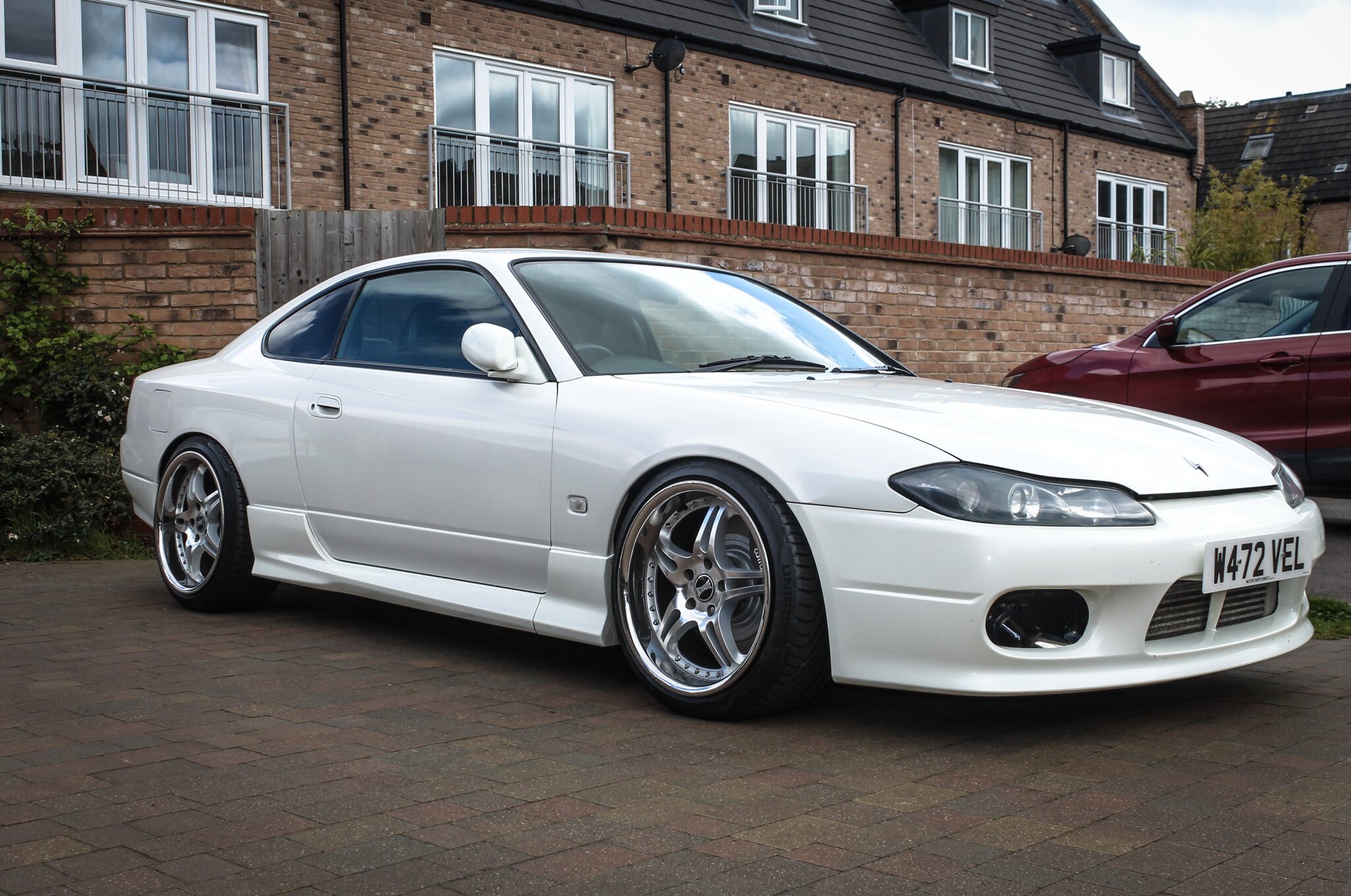 also did a R8 VAG coil pack conversion too 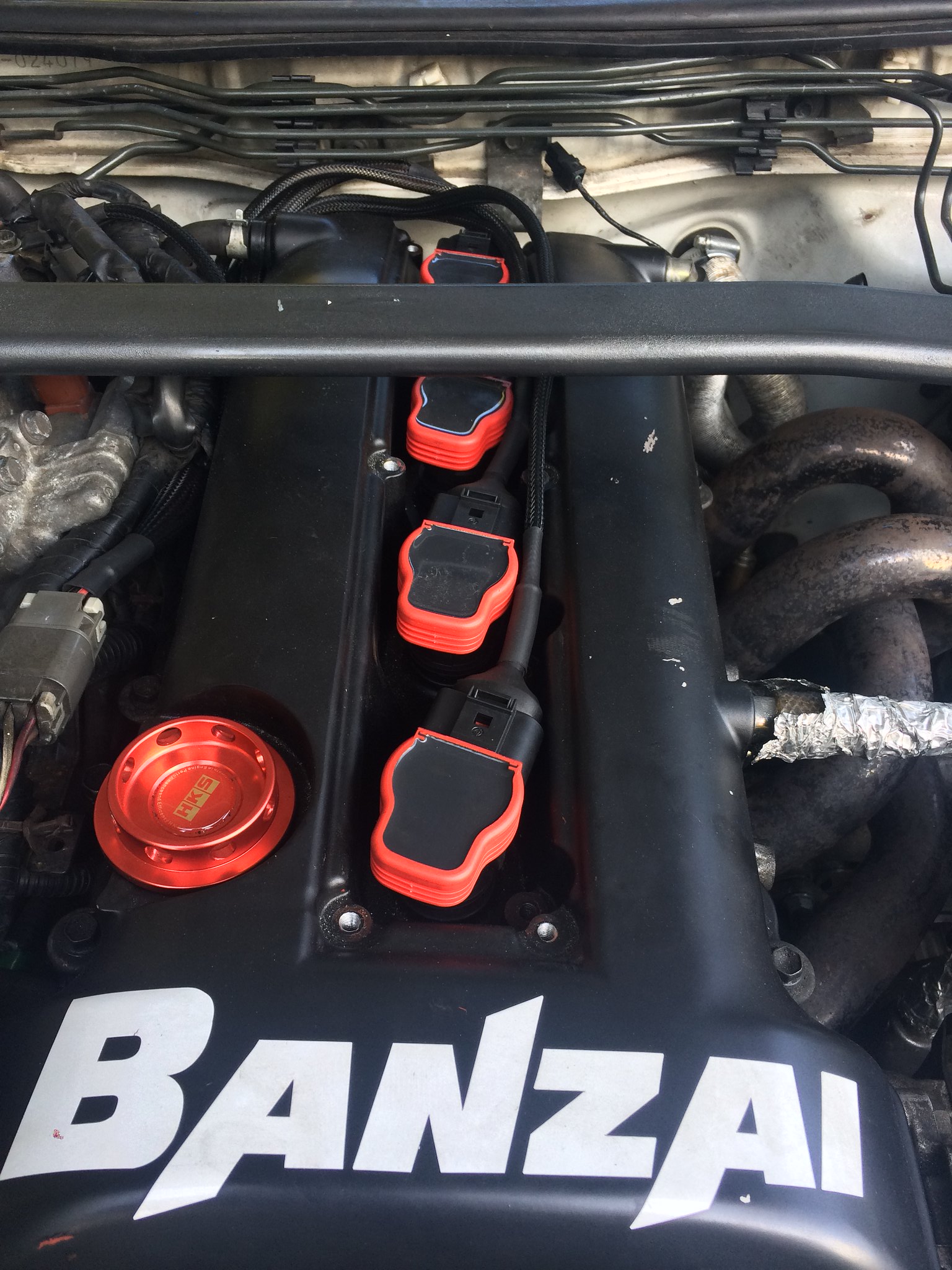 I reckon a set of rear spats and a front lip and that'll be perfect. :hat:
H

Absolutely right about front lip...as for rear spats I'm not actually too sure about them tbh.

Cheers Chris, 8 years ago they were ok, now well, they aren't lol

however i do not like staggered fit, square all the way.

so as a temporary measure been thinking: 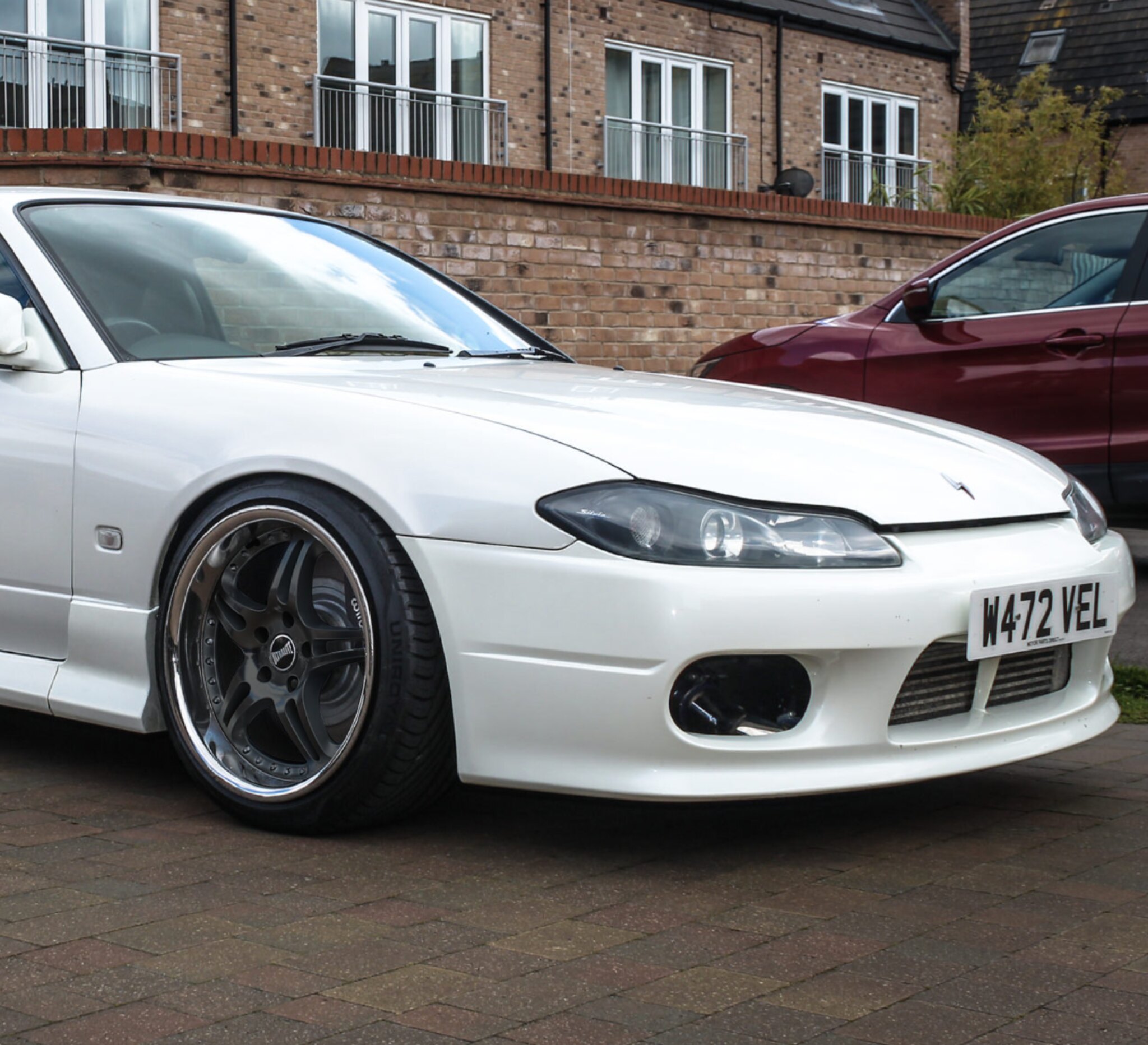 whilst i decide which ones to go for, i painted my mates wheels with cans and they came out really well, so for the sake of an afternoon.