yashio gulf every time:nod::thumbs:One of the best kits for the 15

glad it's rekindled the love affair a bit! Love the work that has gone into the car man. Doesn't need much more to be absolutely perfect!
Defo gulf kit , beautiful kit man! 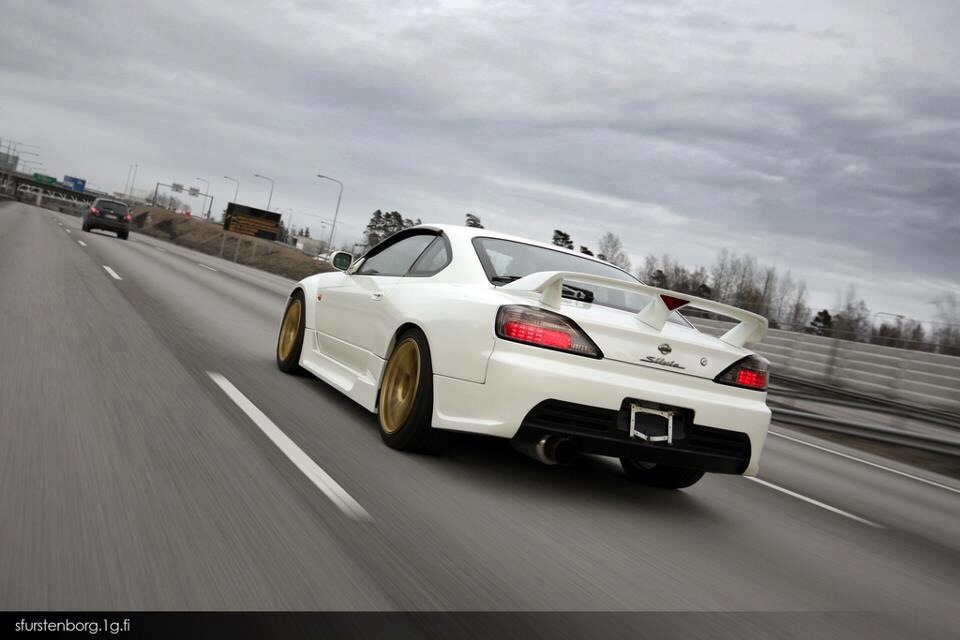 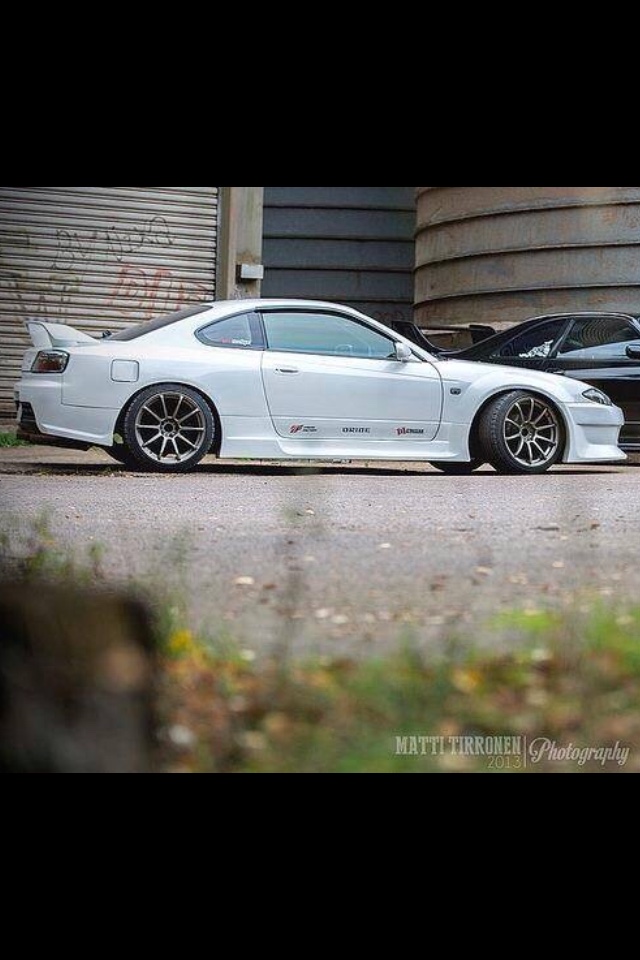 What clutch are you looking at for the box swap?

I am interested, may be a month or two before I can afford anything though.
Before postage and tax the Gulf Kit is 1750, seems reasonable tbh. This will be a fairly slow process I think!
I've got an HKS LA clutch for 445 hp which is fine for now. What would be the options for the next ones up? I'm keen not to shell out too much for increasing what is already a silly fast car!

That's cool dude. Will keep in touch as I think sale of my wheels and other stuff should cover the cost of my new turbo kit so won't be desperate for the cash. Have to see how it all works out as I would love to see it on this! Sounds similarly priced to my kit bud.
I have been looking at Orc clutches as they seem to have something for every use and not ridiculously priced too!
Last edited: 18 May 2015

Theres a twin plate for sale on sxoc atm but not sure it would fit an S15.

I've got a HKS twin plate for sale on SXOC if it's any good to you .
I don't know exact mileage but it was put on the car new and the cars only done 35kms

If it is suitable for an S15 6 speed (and CD009) I'd be interested. Would need to shift my HKS LA to afford it though. I'll do a sort out and put up a for sale thread.

i re-read this build thread just now because I'd actually forgotten how much work has gone into this engine and the dramas that you'd had with it! Wish I'd spent more time looking at it at Japfest now instead of being passive at a 430hp SR20 with a larger turbo

Im glad greg did a good job with your engine though as i will take mine to be mapped down to him- but as you know a house rinses your time and money!

Update:
Been looking for a CD009 gearbox for a while, but had no luck. After days of research I've read about a possible alternative, which I did manage to find.
As far as I can see the CD009 came on some 05 350Z's, and 06's. The only way you can tell is with a shoddy sticker on the bellhousing.
07 and 08 cars came with an upgraded engine, the VQ35HR which in turn came with another gearbox! (hence why CD009s are so hard to find.)

What I've just got is a used 07 box, which shares the same upgraded synchros as a CD009, and so far as I can tell the sane bellhousing bolt pattern (not verified)
What differences may be important though. It has a fragile Internal Clutch Slave Cylinder so this must be upgraded so extra cost.
http://www.zspeedperformance.com/ZS...-CSC-Slave-Wilwood-Master-ZSP3003-ZSP2006.htm

I know this has been done with an S14 clutch, but dont know of anyone using an S15 clutch, and have a feeling the slightly different bellhousing internal shape could put pay to this. I'll also have a lot of unknowns about getting everything soaced out correctly to line up with input splines fully etc.

I expect to have exactly the same shifter issue, but a new solution is on the cards which should mean thebshifter can stay in the same place.
http://nissanpacific.com/2016/01/19/serialnine-350z-transmission-relocation-kit/

Forgot to mention, a major change is the starter position on the VQ35HR is different, which might cause me some headaches, but hopefully a little machining away of bellhousing only.

If it doesn't go to plan I will consider swapping the internals into an older box, if this is possible, or I'm sure it could be sold on to a 350Z owner.
Last edited: 25 April 2016
S

Hi, I'm in Cornwall and have done the CD009 conversion in my s14, so if you still have any questions I may be able to help or let you have a look at mine?

That is of good you. I would like to take a look and have a chat. Money will be my limiting factor to get it all done but I'm all ears and not in any special rush
S

Yeah no problem, if you want to PM me I'll send you my postcode. It is a very noisy box so a ride in mine will give you an idea of whether you can put up with the noise. My car is coming off the road at the end of October for his winter refresh so you will need to be quick if you do want to try it out? I managed to do my conversion for about £1100 with getting my box for a good price and a lot of help from my friends!

Holy crap this has been a long time... Most of the time I have been away the car has unfortunately been off of the road. Let's say that life has got in the way! Every time I have seen my neglected car, sitting outside, it takes a piece of my heart.

During this time away with the car off the road I have extended my house and had a child so I am grateful that I managed to hang on to the S15 at all. I now find myself happily single and with some more spare time (unfortunately still working during lockdown though) so I have pulled my socks up and decided get a grip and do something about it! In the mean time I will still be working full time and trying to start a business on the side so don't expect this to happen quickly please.

I couldn't possibly break the car. I have owned it for about 10 years and I put so much blood, sweat and tears to make it into the first roadgoing SR20VET in the UK back in 2015 (to my knowledge) I still doubt there are many others! I HAVE TO REBUILD IT or part of me dies with it!

I'm going to start a new thread for the nut&bolt rebuild when I get a few things sorted. First off building a 6m x 5m car port and getting all the kit together to make a vapour blasting cabinet. I'm hoping to try my hand at blasting, powdercoating and electroplating during this build. I'm happy with the engine, it just needs an external wastegate and a 350Z gbx. Otherwise, I'll play the rest by ear and see how much money I have when it comes to re-assembling everything! I still would love a YashioFactory Gulf bodykit...

Sorry to hear about the single part dude !

Been a long time , was hoping you still had this ! Look forward to seeing some updates when you get the time

I've started stripping down the car and building a car port above it but with the lockdown the last bits of timber are taking forever to arrive!! (Car stripped more now than photo)

I'm getting myself sorted with the tools that I am going to need. Only a few more parts to go and I'll be able to start testing the vapor blasting cabinet. I took some advice and will be using glass bead 150-250micron media for the Aluminium components and Aluminium oxide 60/80 for the steel components. I've also got a blasting attachment for my karcher which I will use to blast the engine block with Aluminium Silicate media to spruce it up before I bring it into the house to store. At least the engine doesn't need any internal work!

The dining room is being turned into a workshop and the front room into storage. Everything that come off is getting attention of some sort. The 3L ultrasonic parts cleaner I've got is great for the smaller components! Next tools to get are powdercoating gun, and a used electric oven.

Apparently the car doesn't need any welding so fingers crossed that's right but I'm preparing myself for sanding back, rust proofing and sealing all of the underside. I've purchased pretty much the entire bilt-hamber anti-corrosion range. It's good stuff although as with many jobs it's the preparation that counts!

I've got a growing parts list to get the 350Z GBX up and running with the car. I've actually got a 6speed from a 2007 VQ35HR (picked up fairly cheap so worth a gamble). I believe it's the same internals as CD009 but has a concentric slave cylinder not an external one with a lever. This will need upgrading from the standard fragile unit. I don't know yet, or have forgotten, if it has the same bolt layout/bellhousing as the CD009 and whether I'll be able to use an S15 clutch. Anyone know or heard of one of these boxes being used for coversions?

I've got some more cool parts laying about:

Will need a few extra bits to get my GTX2867R externally gated too.

In general the whole build will be to restore the condition/longevity of the shell and bring the performance up to where it should be and close to maxing that GTX2867R out at nearer 475hp. The aesthetics of the paintwork will probably have to wait but I'll have laid some solid foundations.

I think i found the answer to my VQ35HR gearbox query

I don't know how I missed this thread!