Done a manual conversion , got coilovers , then diff and shimmed the hell out of it :thumbs: , was going to do the whole engine swap for a DET , but thought doing a +T conversion would be alot more fun and it was and has been rewarding..

and a few other little things , but is currently making 180kw atw on 10psi or 244hp for you hp guys , retuning on 14psi to make 210kw atw.. but is a on going project as you know, Once it blows ill forge it with high comp pistons and do some head work and being a mechanic it wont be hard ..

heres how she looks now 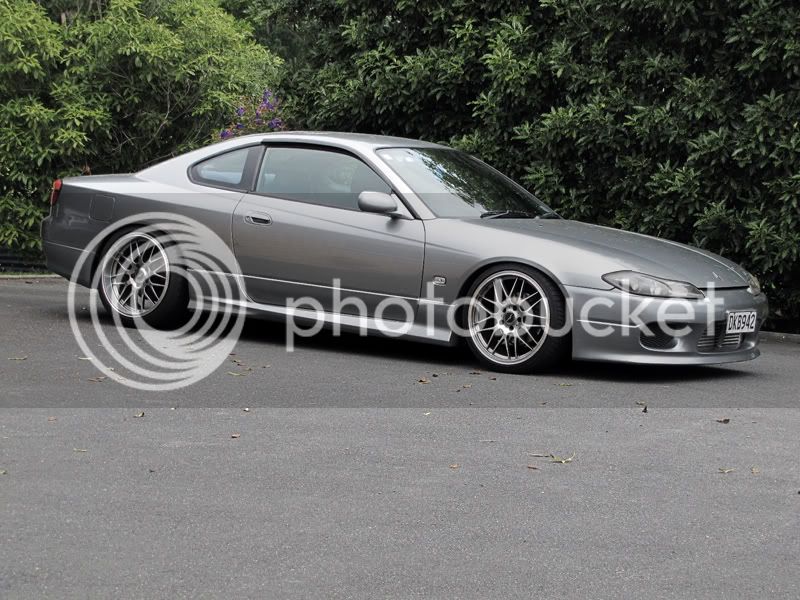 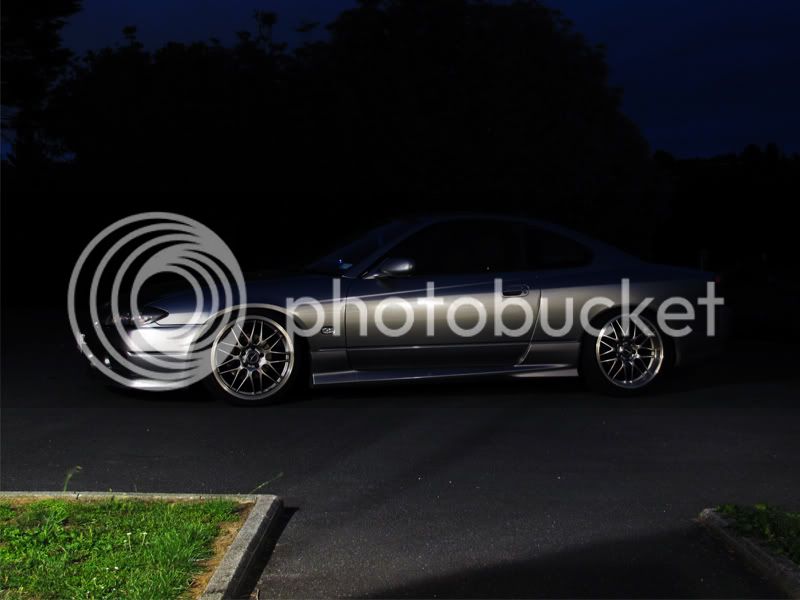 Going another 15mm lower in rear when i lathe the rears thread and another 10mm in the front but need a Front lip , end caps and a dmax wing woop

grrr i hate you do it yourself guys... i wouldn't know where to start rebuilding an engine.... guess i'll have to pay to get mine done lol... but very nice... loving the stance, very clean

looking good mate, like the wheels as well! :thumbs:

Just sold the S15.... but will update this spot shortly

No way - you'd better be getting a Spec-R with DET... a real engine lol OJ
G

Lol! , Its so cramp in S15s for me though , still getting a silvia.. have some wide Work meisters to go on and low low low height
G

But here she is in the garage.. Not a S15 but still going to be something different 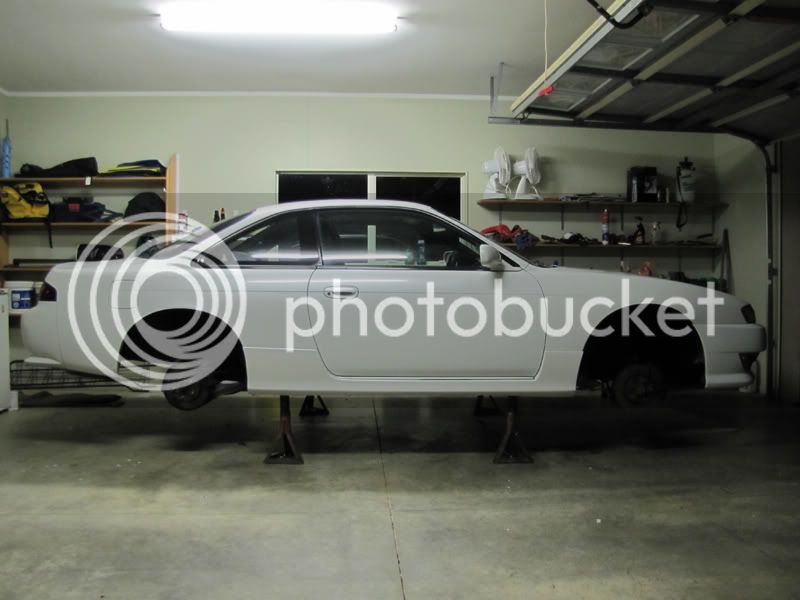 Looking good!
Just wondering about the s15 you had, what suspension did you have fitted, and how did you get on with em?
Also what were your wheel and tyre sizes, offset etc?
Stance and wheel size looked perfection!
Mike
G

I had BC Red Inverted coilovers with 10kg and 8kg springs, They were pretty good but im getting BC Gold as they go lower and instead of 10kg and 8kg, ill go 8kg n 6kg.

But with the S14 im going 18x10 +20 all round and wondering if it will work but it should work with correct pull and camber haha.. 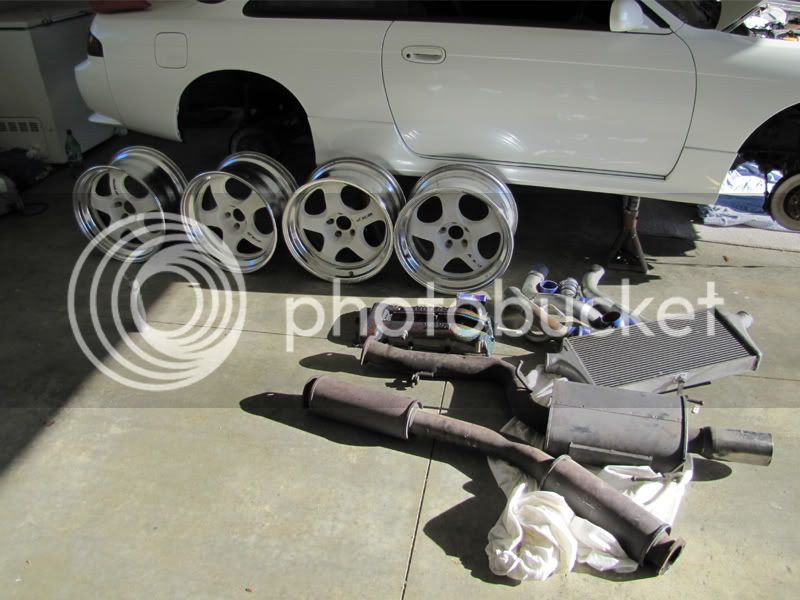 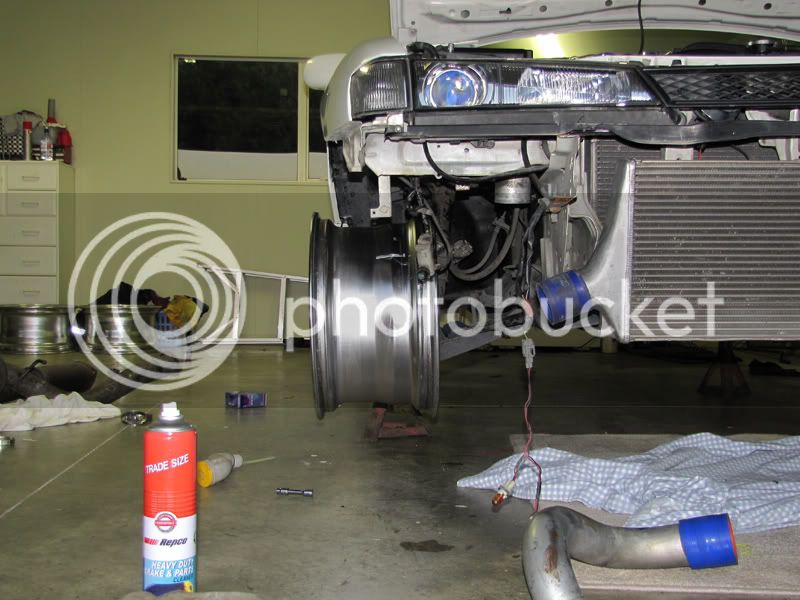 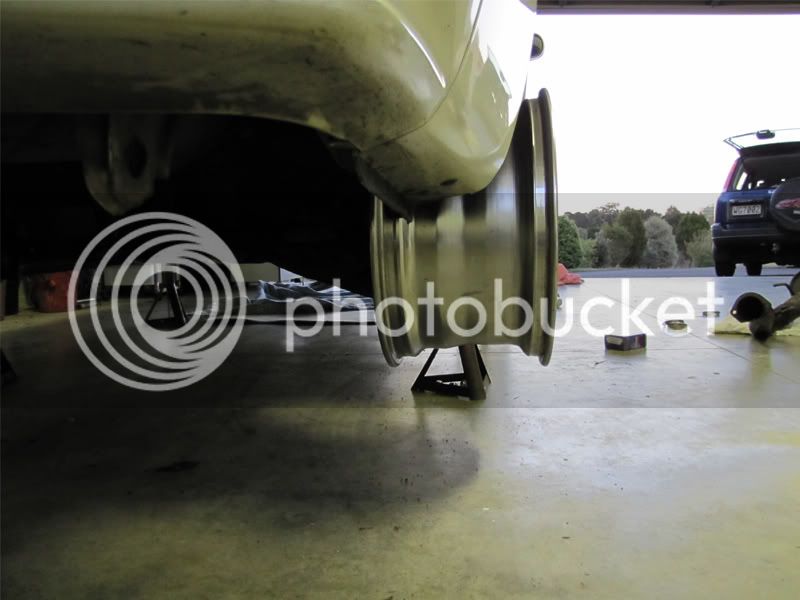 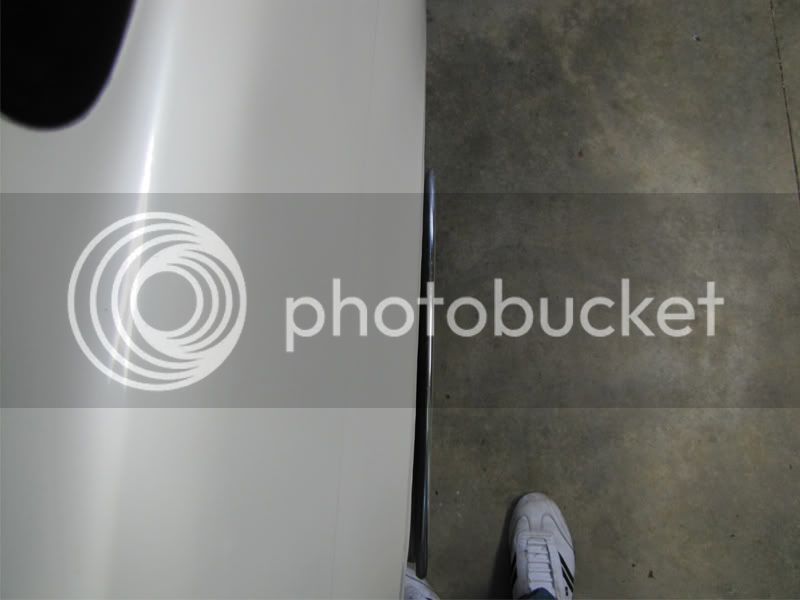 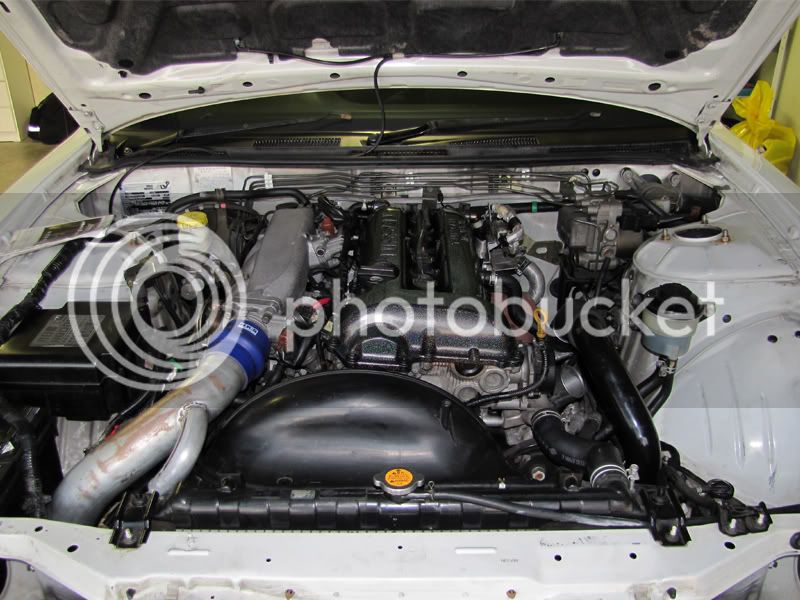 and a rugged photoshop as my coilovers havnt arrived yet 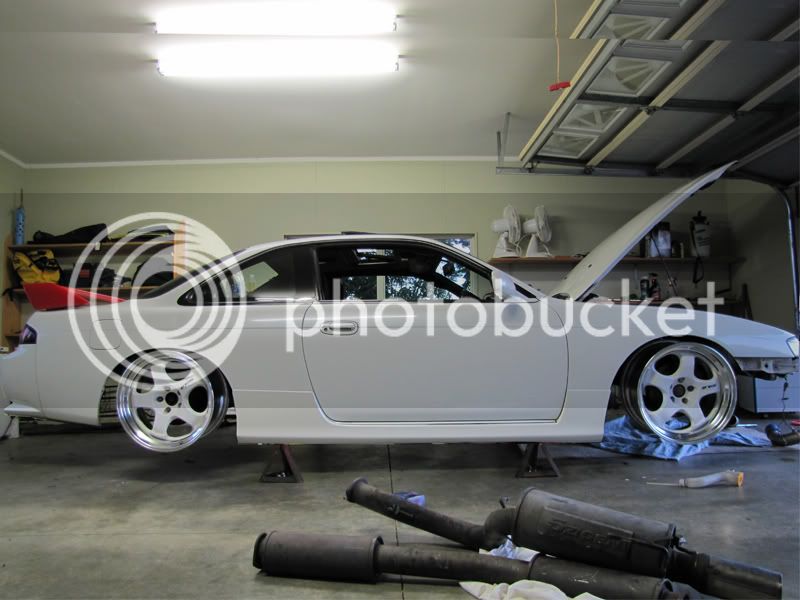 But shall be something different

Looking good mate, I like the wheels!! :thumbs:
G

Got 6mm spacers stacked on the fronts to clear the struts.. getting longer studs tomorrow hopefully.. 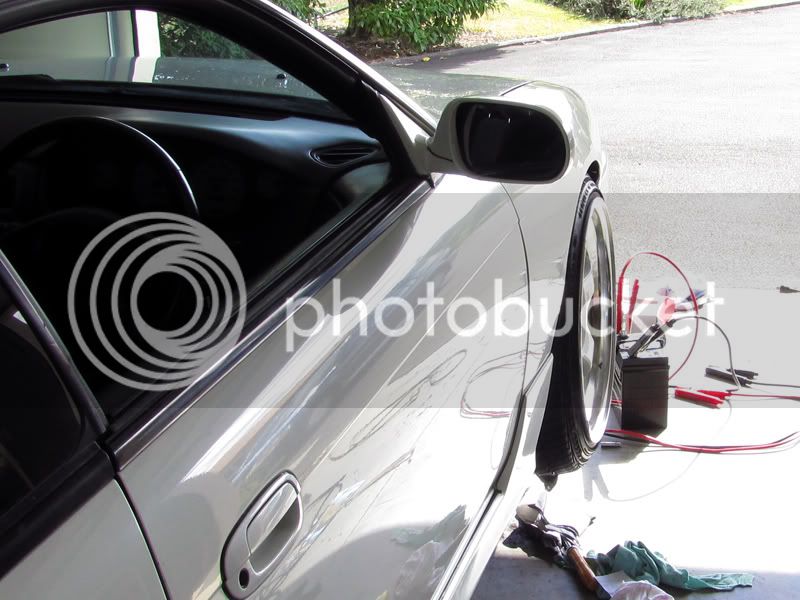 Nearly finished engine bay, most likely relocating the battery to the boot or ill just move the loom out of the way..oh and have to take the dam rocker off again, number 1 2 3 4 spark plug holes dont seal and leak, but getting a new gasket to fix that.. 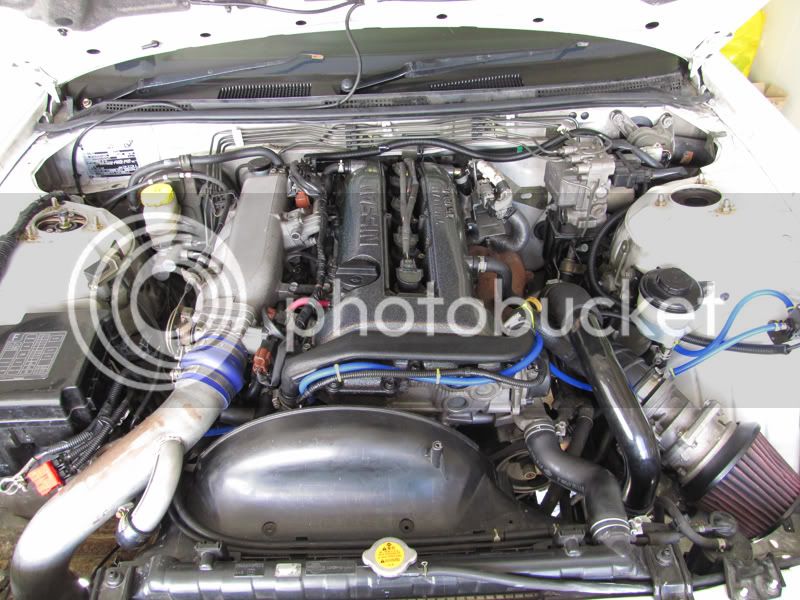 and cut up the front bumper woop 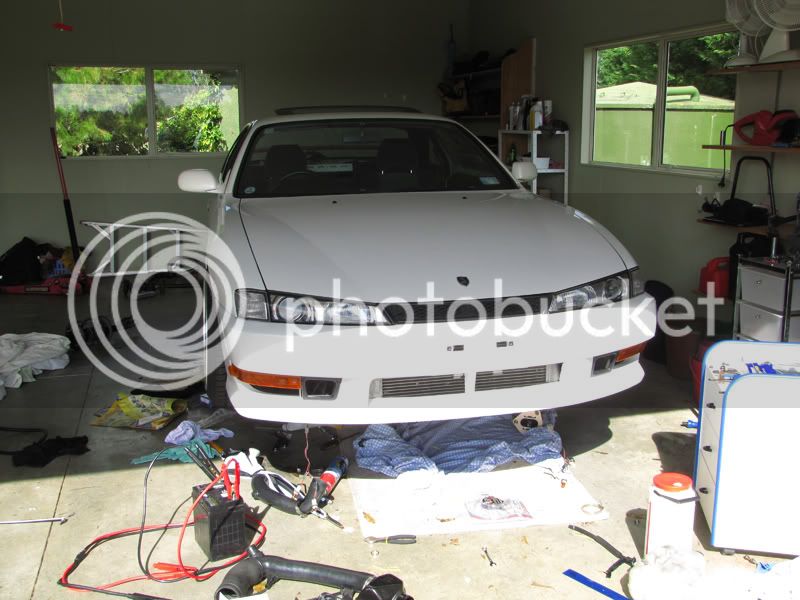 and installed the profec B Spec II 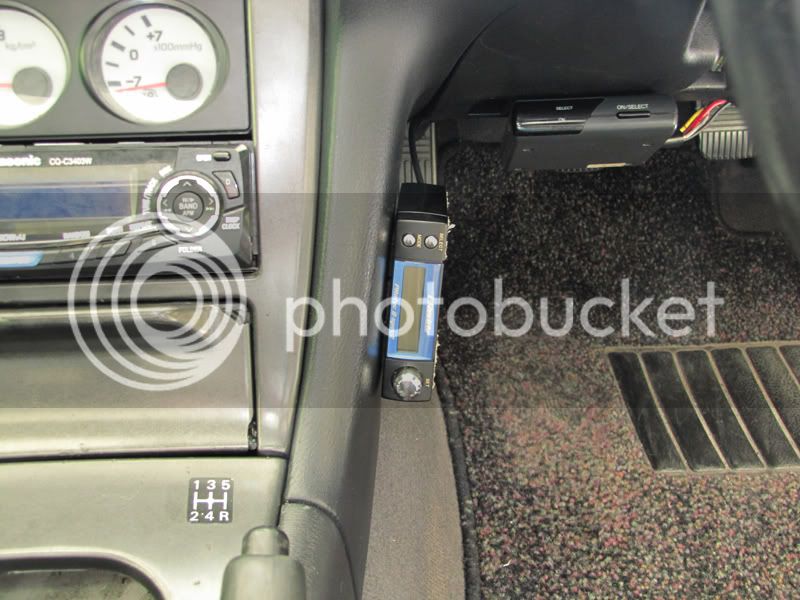 OMG, I love the S14! I actually put my car up for sale yesterday in hopes of picking up an S14 Kouki. The wheel fitment on them is so much better and I'm looking to go with a DET instead of my Spec S N/A.
G

yeah you can fit much wider rims under the guards.. thats 18x10 on the front with an effective offset of +8p
J

So got it on the ground and running.. i think its come up quite good.. 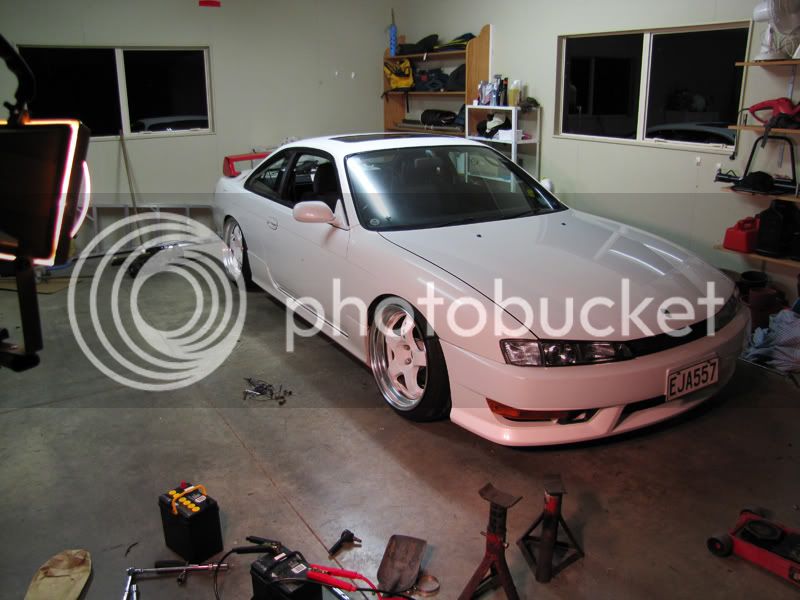